The Newfoundland- and Halifax-based software-maker expects to hit $2 million ARR this year. 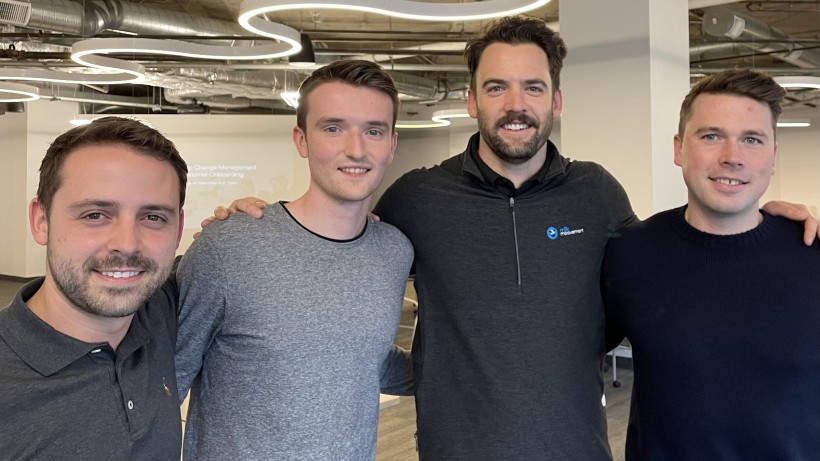 CEO Robert Forsythe said in an interview that, in the wake of a United States expansion that saw the company move its sales office to Minnesota, Milk Moovement has inked deals with three of the country’s largest dairy cooperatives — including California Dairies, which includes more than 300 farms.

He said Milk Moovement’s revenue has grown about 350 percent on the back of the American deals, with annual recurring revenue set to hit $2 million by the end of this year.

“From there, they really looked at, ‘Okay, who's high-performing and who's growing really quickly, and who could benefit from further investment?” said Forsythe.

“They were just seeing traction and an ability to really double down on what we pitched for the $100K.”

Milk Moovement’s software is now used in the production of 23 billion pounds of milk annually — about a tenth of the 223 billion pounds produced every year in the United States. The technology is used by about 800 farms and Forsythe expects that number to double by early next year.

But he said $2 million of revenue from 10 percent of the market does not mean Milk Movement’s annual revenue from the U.S. will top out at $20 million. Dairy co-operatives are the company’s beachhead market, but next year, he expects to begin making inroads into the tenfold larger dairy processing industry.

“So we are really trying to leverage network effects,” he said. “What goes with that are all of the transportation companies moving the milk, and all the labs testing the milk and all the processors like General Mills and Kraft-Heinz. They're not on the system as customers today.

“On the West Coast, one of our clients, for example, sells their milk to 15 different processors. So that's 15 new potential clients.”

Milk Moovement’s push into the processing market will also be backed by ongoing improvements to its software, Forsythe said. He plans to spend the $1.5 million from the feds mostly on hiring software developers with artificial intelligence and supply chain-related expertise.

“We've already proven out some models on the system for how we can lead to less empty (transport) miles and greenhouse gas reductions, but it's very rudimentary,” he said.

“We're just kind of seeing the signals of what we can do. But now we need people who've seen those applications at scale before to come in and help guide the product roadmap for the next 12 to 24 months to make sure we’re building systems now that allow us to do that.”

Milk Moovement has 38 employees spread across the United States and Canada, and Forsythe is actively searching for another eight people.

To find the experienced staff the company needs to oversee its product roadmap, Forsythe expects to have to hire from outside Atlantic Canada — possibly Ontario — but he said more junior positions are proving easy to fill with local applicants.