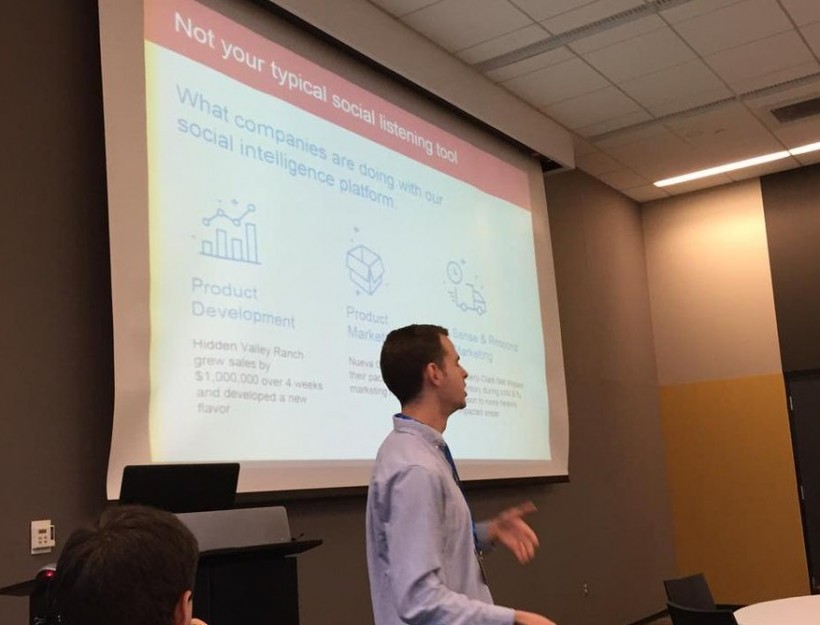 Seven companies have been selected to attend MentorCamp, a rigorous one-day immersion program with mentors from around the world being held later this month in Charlottetown.

The key to understanding MentorCamp is to realize that it is all about learning not fundraising.

The mentors include a mix of international, Canadian and Atlantic Canadian experts. The international mentors include: Jane Galsworthy of the Oxford Centre for Innovation in the U.K.; Jeff Amerine, who heads the consulting group StartUp Junkie in Arkansas; and Joseph T. Wright, Head of the Entrepreneurship office at the South Dakota University of Mines and Technology.

Here's a list of the companies that have been invited to MentorCamp 2019  (And our most recent articles on those that we've covered):

Cribcut, Halifax – Led by CEO David Howe, Cribcut has built a software-enabled marketplace for hairstylists. It helps stylists become travelling hairdressers, providing clients with haircuts, colours and styles at their homes and offices.

Easy Golf Tour, Sydney – Headed by CEO Todd Chant ,Easy Golf Tour, has developed software that helps golf courses administer the tournaments they hold several times each season. The strength of the sales strategy is its partnership with the National Golf Course Owners Association of Canada, which has 1,300 members across the country.

Eyesover, Fredericton – Eyesover’s opinion-tracking software uses artificial intelligence to analyze media and uncover new issues or discussions of importance to the user. The technology was devised by company Chairman Ali Ghorbani, who is also the director of the Canadian Institute for Cybersecurity at the University of New Brunswick. The company is headed by CEO Craig Leonard.

Forestry.io, Charlottetown –Forestry.io has developed a content management system for static web pages. In 2017, the company led by CEO Scott Gallant became the first Canadian company to raise money through an AngelList syndicate.

RightlyWritten, Charlottetown – RightlyWritten has developed an online copywriting service in which customers can use the company's website to order custom written content. The company has completed more than 2,200 projects for over 1,200 clients.

TurboPlay, Fredericton –TurboPlay, led by CEO Vince McMullin, is building a personalized video game marketplace for indie gamers and game developers, allowing them to sell their digital games and related downloadable content. Its goal is to add more flexibility and convenience into the gaming industry, which is now worth US$137 billion annually.

As well as the full day of mentoring at the invitation-only event on Monday, Sept. 23, the MentorCamp program includes one session on the night of Sunday, Sept. 22, that is open to the public. The session at Startup Zone will feature a range of investors discussing fundraising, from pre-seed to growth-stage rounds.

First, Valia and Amerine will discuss raising initial rounds of less than $100,000. They will be followed by Island Capital Partners Director of Operations Stefanie Corbett and Build Ventures principal Patrick Hankinson speaking about $100,000 to $1 million rounds. Then Fergus Dyer-Smith, CEO of London-based Wooshii.com, which recently closed a £3.6 million (C$5.8 million) round, will speak about raising $1 million to $10 million rounds. And Mark MacLeod, the Founder of Surepath Capital in Toronto,  will speak about rounds of more than $10 million.

“You’re going to hear about $25K right through to more than $10 million, and I think those are very impressing speakers,” said Valia.

In the final day of the three-day event, the mentors will meet with Atlantic Canadian researchers and academics brought together by Springboard Atlantic, the group that bridges industry and academia in Atlantic Canada. The purpose of these closed sessions will be let the experts learn about what Atlantic Canada is doing to bring academic research to the marketplace, and have the experts offer advice on how to improve procedures.