Medella Health Is Close to Prototype 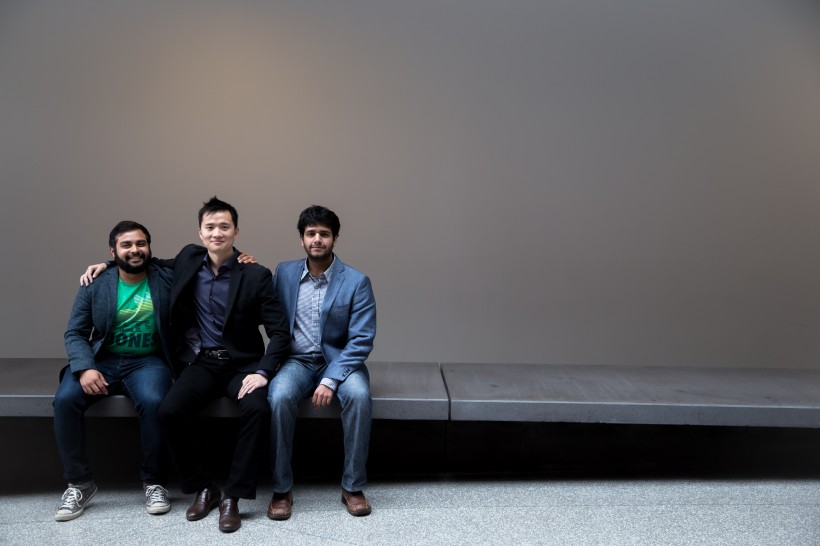 Medella Health’s story sounds like the premise of an epic tale in which a team of underdogs competes against corporate behemoths -- in this case GoogleX and Microsoft Research.

The two-year-old Kitchener startup is working on a revolutionary contact lens that measures diabetic blood sugar levels through tears – a pursuit that has also engaged the two American tech giants. For what must be a high-pressure situation, CEO Harry Gandhi is incredibly calm.

“Whenever a technology gets to a certain state, and you start to be able to do things with it, there’s an overload of competition,” he said in an interview, noting that there are also particular challenges to running a science-based startup.

It is this zen attitude that is helping Gandhi, a current Thiel Fellow, lead his small team through the tricky development and regulation process.

Though he can’t delve into specifics, he said Medella is “quite close” to a prototype, and explained that the glucose monitoring technology has three main elements: the micro-chip in the lens, the sensor that monitors the blood glucose levels; and the antenna that emits communication via Bluetooth to a nearby mobile device.

The product notifies the patient, who can take corrective action, when certain glucose thresholds are breached. The system also produces valuable data for the medical community.

The different elements of the technology require a diverse research team, and Gandhi is confident that Medella matches the description.

The company, which began in October 2013 as a fourth-year project at the University of Waterloo, was founded by nanotechnologist Maarij Baig, biochemist Huayi Gao and Gandhi, who has a background in health IT. Since then their team has grown to include several PhDs and PhD candidates specializing in areas such as electrical engineering, contact lens research and macromolecular and coordination chemistry.

Gandhi believes that Kitchener-Waterloo is the ideal location for developing their specific technology due to the lab spaces they are able to work from. There’s the Waterloo Institute for Nanotechnology, the Centre for Intelligent Antenna and Radio Systems, which is the biggest antenna lab in Canada, and the Center for Contact Lens Research, which is the largest of its kind in the world.

The team is also a part of the Velocity Foundry accelerator, and Gandhi, who founded the Velocity Science acceleration program, says the Waterloo community has helped their development along tremendously.

“I attribute a lot of Medella’s success to one line,” says Gandhi, “Which is: we value people, implementation and ideas—in that order.”