Looking Back at Q1 Labs, Radian6

Gordon Pitts' Unicorn in the Woods brings the story of two great companies to life. 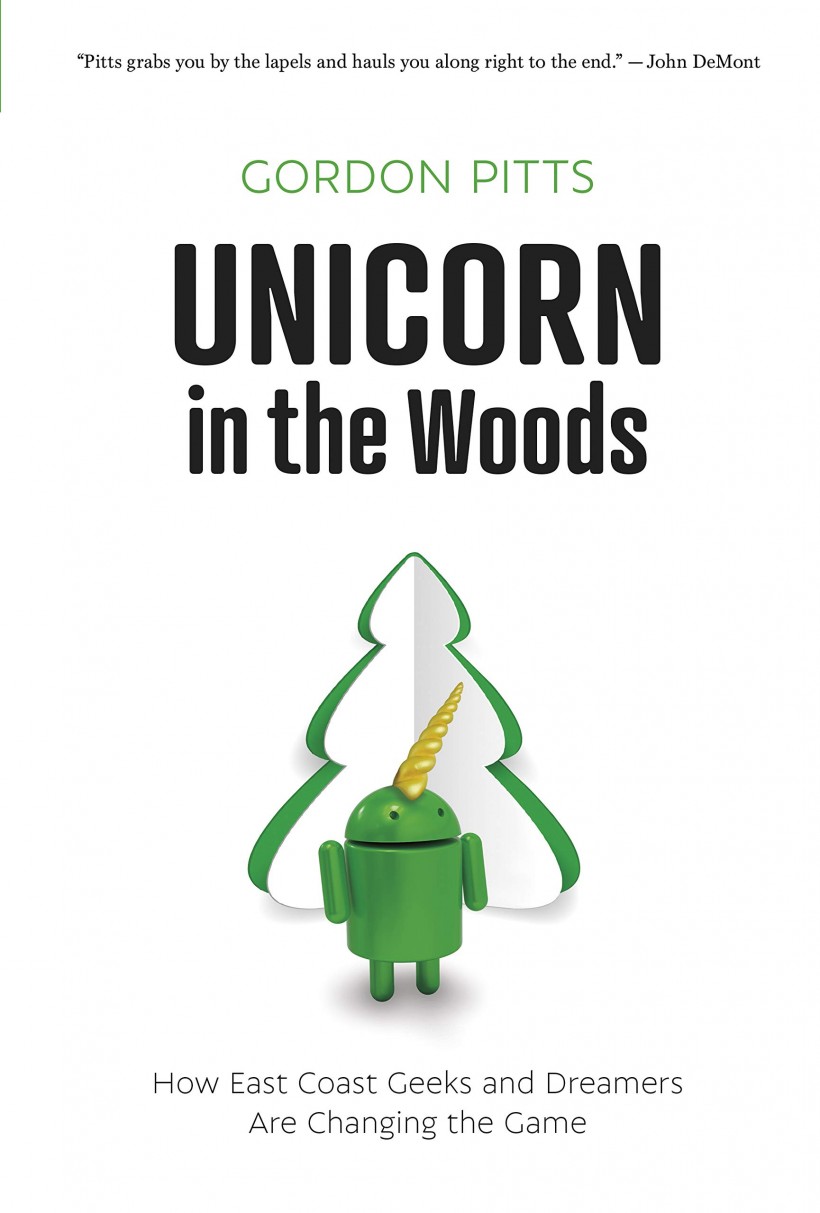 I was astonished – and, to be frank, a little embarrassed – by how much I learned reading Gordon Pitts’ superb new book, Unicorn in the Woods: How East Coast Geeks and Dreamers Are Changing the Game.

Any regular reader of Entrevestor should be familiar with the story of Q1 Labs and Radian6, the two New Brunswick companies that sold out for a combined price of about $1 billion in 2012-13. Taken together, these companies changed forever the way Atlantic Canadian tech entrepreneurs are viewed within and outside the region.

Pitts brings a fresh perspective to this story, breathing life into the techies, salesmen and investors who made it all happen.

A former Globe and Mail business reporter, Pitts is best known in these parts as the author of Codfathers: Lessons from the Atlantic Business Elite, a 2005 book about the network of successful business people in and from the East Coast. Now he has told the story of the two greatest startups (so far) built on the East Coast, and he’s told it very well indeed.

Unicorn in the Woods: How East Coast Geeks and Dreamers Are Changing the Game

The tale starts in 2000 when Chris Newton, a tech-savvy student-slash-employee at University of New Brunswick, teamed up with serial entrepreneur Brian Flood to tackle the university’s budding cybersecurity problems. UNB’s network was frequently disrupted by denial -of-service attacks, in which cyber-criminals assault an organization with hundreds of millions of messages simultaneously, causing the system to fail.

Newton devised a system that tracks the data flows rather than focusing on single data units, then developed a front-end feature that allowed the user to visualize these data flows. Flood saw the potential of the new system and what it could mean, not just for Newton and himself, but for their home province. “Newton now understood that Brian was not just about getting rich,” writes Pitts. “He was about turning New Brunswick around, and if he made some money in the process, that was fine too.”

Thus was Q1 Labs born. The team soon grew, and attracted young brainiacs like Sandy Bird (a computer engineer able to talk to investors on their own terms) and financial backers like former NB Tel President Gerry Pond.

They brought on board venture capital investment, first from Toronto, then from the U.S., which resulted in the headquarters being moved to the Boston Area. Management was taken over by more hard-nosed executives, and Newton and Flood eventually moved away from the company. The development team remained in Fredericton, headed by Bird.

Before this, Pond had backed another venture, an NB Tel spinoff called iMagic, headed by Marcel LeBrun, a strong, silent leader who inspired great loyalty among all around him. A pioneer in internet-protocol software for video, iMagic was a high-flyer in the dotcom boom, then listed its shares amid the crash in late 2000. After selling out to Paris-based Alcatel in 2003 at 7 percent of the IPO price, LeBrun was looking for his next venture so Pond introduced him to Newton.

They held a brainstorming session and settled mid-decade on a product that would monitor a new-fangled phenomenon known as social media. With six co-founders, they called the new venture Radian6 and quickly began to gain customers. It was a SaaS product, so the sales cycle was rapid, as was growth.

The two companies found buyers at about the same time, with Radian6 selling out to Salesforce for $326 million in the spring of 2012, and Q1 Labs going to IBM for a reported $600 million a few months later.

That’s the skeleton of Pitts’ story, but what makes this book special is the way the author develops these characters, both with anecdote and description.

Take, for example, his portrayal of Newton: “Newton speaks in bursts of gee-whiz enthusiasm – more Richie from Happy Days than the nerdy guys from The Big Bang Theory. Everyone is ‘super-busy’ or ‘super-smart,’ or to sum things up it was ‘all that jazz’ – all interspersed with the occasional mild profanity.”

Or this timeless take on Gerry Pond: “Think of Pond as your loveable old uncle who could be a bit grouchy at times but always remembered you at Christmas.”

Pitts is a reporter as well as a writer, and brings out things I didn’t know about this group, such as Newton’s battles with cancer, or Radian6 Co-Founder Brian Dunphy’s financial straits at the time of the exit. I didn’t know IBM has named 200 IBM Fellows since its inception, and one of them is Sandy Bird.

Unicorn in the Woods loses a bit of steam after the two big exits – about a third of the book deals with the evolution of the startup community since 2012. Part of the problem is that there are more good companies today, but few (St. John’s-based Verafin being the obvious exception) are as stellar as Q1 Labs or Radian6. The number of players makes it harder to tell a linear story.

The book’s greatest flaw is that it all but ignores what’s happening in Halifax, which is the most active part of the East Coast startup community. Pitts mentions some companies like Manifold and TruLeaf but ignores CarbonCure Technologies, ABK Biomedical, Appili Therapeutics, Metamaterial,  IMV, DashHudson, Proposify, SimplyCast, to name a few.

But as a story of the New Brunswick startup cluster and the people who built it, the book just can’t be beaten.