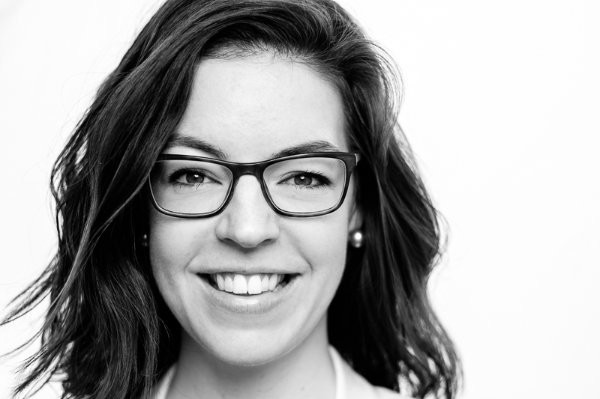 Kathryn Lockhart has a vision for Atlantic Canada: A farm of baby unicorns.

Lockhart is almost through her second month as Chief Executive of the regional tech accelerator Propel, and she’s good with its long-term goal of producing an Atlantic Canadian tech unicorn. (A unicorn is a company with a $1billion valuation.)

But in the medium-term, she’d like the region to aim to produce several mega-potential companies that are on their way to unicorn-ship.

“Everyone in this space is talking about the next unicorn,” said Lockhart in an interview. “I’d love to have a shared goal of producing baby unicorns. Really, if we could say over the next 24 months, we will all get together and make a baby unicorn farm, I wonder what can happen. Unicorns can still be the long-term goal.”

Propel announced in July that Lockhart would take over from Barry Bisson to lead the organization. Bisson had come out of retirement to take the position and is now retiring again. With an MBA from the Harvard Business School, Lockhart previously launched a technology division for a now-global human capital management firm in Toronto, and held senior positions at two startups in Germany.

Bisson was a reformer as CEO, ending the in-person cohorts in favour of virtual curriculum, offered in partnership with highly regarded providers in the U.S. Then he instituted a continual intake, so founders didn’t have to wait for a cohort to begin. Bisson is now staying on for a month or two to help Lockhart learn the ropes.

“He did a lot of fantastic work in taking the accelerator virtual and implementing outstanding world-class programming,” said Lockhart. “He did the heavy lifting. I’m finding that I’m coming in at a time when I can do the fun work.”

In her view, the “fun work” involves seizing on the new paradigm created by the pandemic and improving the collaboration between the accelerators and incubators across the region. With all startup support now being offered remotely to some extent, Propel is in an excellent position to work with local innovation hubs because it is not restricted by provincial barriers and can work with other support organizations. During the pandemic, it has been offering its curriculum to these groups.

What’s more, the Atlantic Bubble has created an environment that is being noticed outside the region, Lockhart said. Propel is receiving calls each week from people across Canada and outside the country asking about what’s going on in the all-but-COVID-free region and how it’s affecting the development of startups.

While Lockhart wants to help increase collaboration across the region, she has two priorities within Propel itself.

The first is the accelerator’s team of entrepreneurs-in-residence, who hold weekly meetings with founders in the program, offering advice and holding them accountable. They are Richard Jones in Saint John, Derek Latham and Charlotte Murray in Halifax and Julien Robichaud in Shediac, NB. Lockhart wants to develop the coaching further so Atlantic Canada becomes “a centre of excellence for some of the best coaches in the world”.

The second mission is to further develop Propel’s sales and market-development programming. She perceives Propel’s sales training as “more of a degree, more like a long-term play, than a two-day workshop.” Propel works with companies on identifying the profile of their ideal customer and implementing a strategy to land those customers, and Lockhart wants to enhance that side of the accelerator further.

And of course, she wants to work with others in the ecosystem to develop baby unicorns. “Good question,” she said with a laugh when asked for a definition of baby unicorns. Admitting it would take some time to work that out, she said they could be companies with, say, $100 million to $300 million in revenue and domination in their market so their revenues are rising quickly.

“I’d love to see 100 baby unicorns in two years,” she said. “Is that a crazy, audacious goal? Yes. But companies are cutting sales time and increasing sales while reducing costs, so more and more companies are poised for investment and ready to scale.”