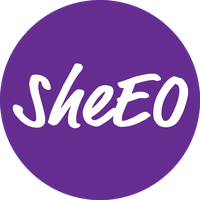 Eight women banded together in Halifax Thursday night and brought the dream of a funding platform for female entrepreneurs a little closer to reality.

Halifax businesswomen Allyson England, Stefanie MacDonald and six others committed a total of $2,000 to the Act of Radical Generosity, a national program that aims to raise $1 million to help finance women-owned businesses. They had shown up at an information session about the program and ended up becoming the latest funders.

An Act of Radical Generosity is a grassroots campaign launched by SheEO Founder Vicki Saunders that aims to create a new mindset and funding model to help more women launch and grow businesses. Saunders, who has started and exited five businesses, said Canadian women startup about two-thirds of the businesses in Canada but receive only 4 percent of the country’s venture capital investments.

“We’re dramatically under-funded, under-supported and under-celebrated,” Saunders told a crowd of 50 women (and one rather self-conscious man) Thursday night at the Volta startup house.

“If we were financed to the same degree as men, we would create 6 million jobs in North America alone.”

So Saunders is leading the charge to create a financing vehicle of the women, by the women and for the women. She and her organization want to break away from the VC model that puts so much emphasis on the scalability of businesses.

She is asking for 1,000 individuals or small groups to put up $1,000 each so that a $1 million fund can help 10 female-owned businesses. The contributions are zero-interest loans lasting five years. The 1,000 donors will select the 10 businesses from across Canada that will receive the money. Saunders said there’s no agreement on what the criteria will be for winning the funding, whether it is the prospect of growth, social impact or some combination.

And in an interesting twist, the funders will not be the ones deciding how the million bucks is divvied up. The entrepreneurs themselves will get together and agree who gets how much.

“I feel we live in a cultural climate where it is go big or stay at home,” said Saunders. “Meanwhile, we live in an economy where 98 percent of the jobs are created by small business.”

Saunders believes this is only the beginning for the Act of Radical Generosity program. She hopes that the $1 million raised this year will be followed by exponentially larger sums in coming years and that it will reach well beyond Canada.

The meeting Thursday night marked the launch of the Atlantic Canadian chapter of SheEO, which is a national organization that supports female entrepreneurs. Anyone interested in participating in the organization can contact Melody Pardoe or Chantal Brine at atlanticcanada@iamasheeo.com.

The Atlantic Canada group is already making waves. England and MacDonald told the meeting they couldn’t make a $1,000 pledge on their own but would be happy to chip in with others to make pledges. Within minutes, they had come up with a $2,000 in pledges from a small group of women.

Said England: “I wanted to help and I know that if you put the ask out, there will always be people to step up.”