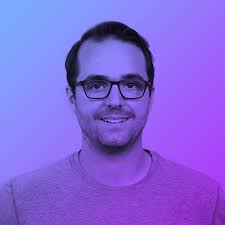 Jevon MacDonald, one of the pre-eminent tech entrepreneurs in the region, has launched a new venture after teaming up with two co-founders in the San Francisco area.

MacDonald, the former CEO of Manifold and GoInstant, earlier this year co-founded Tier, which has developed a tool that helps Software-as-a-Service companies figure out their price points and simplify their billing processes.

Earlier this week, the company launched its product Tier CLI, which the three co-founders have been researching and developing for the past eight months.

“We've been happy with how it has been received so far,” said MacDonald in an email. He said there have been “hundreds of deployments, over 200 stars on Github in a few days along with a handful of community contributions back to the project.”

A native of Prince Edward Island, MacDonald began his entrepreneurial career in Austin, Texas, then served as Entrepreneur-in-Residence at Innovacorp. In 2011, he teamed up with Gavin Uma (now the CTO of Cape Privacy) and Dave Kim (now the CEO of Harbr) to found Halifax-based GoInstant, which made co-browsing technology. After raising an initial funding round of $1.7 million, they sold the company in 2012 to Salesforce for more than US$70 million.  At this point in his career, MacDonald was also a driving force in the creation of Volta, Halifax’s tech hub.

After working for Salesforce for a few years, MacDonald launched Manifold, another Halifax company that provided a marketplace for essential services and products needed by developers. That company raised a US$15 million Series A round led by OMERS Ventures in 2017, and exited via a sale to Snyk in 2020.

MacDonald still makes his home in Halifax, but for his latest venture he’s teamed up with two serial entrepreneurs based in the Bay area. Isaac Z. Schlueter was the Founder and CEO of NPM, which was acquired by GitHub in 2020, and Blake Mizerany was the Founder and CEO of a company called Backplane. The staffing of the company now comprises just the three co-founders.

Pier’s technology helps SaaS companies to ensure they can maximize revenues with the proper price points for each of their products, re-evaluating the price as the product evolves, and customizing for certain clients. “Pricing is the most effective lever to unlock SaaS performance,” says the Tier website. “However, attempts to iterate on pricing are too often hamstrung by complicated workflows, ad hoc conventions, and hidden cross-organization dependencies.”

When asked what excited him about the project, MacDonald said: “Dealing with PriceOps is something every startup goes through. Iterating on pricing is difficult and as a result most software companies do not do it.

“With Tier, we are making it possible to implement and iterate on pricing so that companies can improve over time. Companies who modify their pricing and create custom pricing for individual channels and markets have much better performance over the long term.”

Though the GoInstant and Manifold both launched with a strong round of fundraising, there is no indication that Tier has raised any capital as yet. TechCrunch shows the company has not raised venture capital yet, and MacDonald said he has “no details to share”.