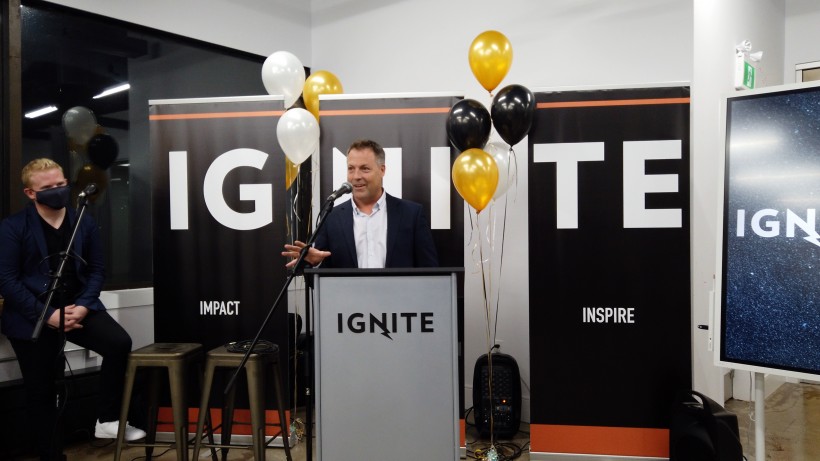 With funding for many small-town startups languishing in the doldrums, rural innovation hub IGNITE is testing a new platform to match companies with investors, in hopes of making more capital available to entrepreneurs.

Talenca is being developed by IGNITE, with help from the engineering team at Yarmouth, NS-based e-commerce startup GlobalVillages, also an IGNITE resident company. The system will host a database of companies looking for financial backing, along with accounts for prospective angel investors.

The platform is in beta testing, with 25 companies slated to be signed up by Friday and a group of investors being onboarded. Ignite CEO Doug Jones said he hopes to open registration to anyone who is interested by the end of June.

“What we're doing is we're putting a lot of these entrepreneurs and companies that we're working with locally on this platform to showcase their ideas or showcase their businesses,” said Jones in an interview.

“And then we're bringing on some of these local investors and promoting it to investors outside the region... just to create a little bit more awareness of where the opportunities are for investment.”

Jones hopes Talenca will help solve that problem by offering potential investors a way to make it known that they are interested in buying into new businesses, and by giving startups a more structured avenue to communicate their needs.

The platform will not be limited by the amount of money users are willing to invest, nor will it be restricted only to certain types of companies.

The service will also not be limited to Nova Scotia businesses; companies across the country will be able to use it. And Jones hopes other startup support groups, such as Volta, will incorporate it into the services they offer their clients. Those organizations will not have to pay to participate, so he expects an enthusiastic response.

Ignite has not opened talks with other startup hubs yet because Jones wants the platform to be fully functional first, but he expects to start the outreach process soon.

“It's not a revenue generator (for Ignite),” he said. “For us, it's just the right thing to do to create this pipeline.”

The need for that pipeline is pressing. Entrevestor is tracking 80 startups located outside of urban centres, and while rural businesses account for a growing slice of the innovation ecosystem, their fundraising numbers lag dramatically behind their urban counterparts.

Venture capital funds, angel investors and the incubators and accelerators that help startups find backers all tend to be located in cities -- particularly Halifax, Fredericton and St. John’s.

The eight rural startups that shared fundraising data with Entrevester as part of the 2020 Startup Data Survey barely cracked $1 million between them, although some projected bigger raises on the horizon. The average amount they raised last year was just over $136,000.

Atlantic Canada’s hinterlands are home to a sizeable number of wealthy industrialists who could potentially help nurture startups. But their knowledge of the innovation economy can be limited and they may be reluctant to make risky bets on nascent technologies, Jones said.

“The money that exists in these rural communities is there, but it’s not mobile,” he said. “It’s old money, and to activate that money is more difficult than it is in a metropolitan area. We have some work to do, as far as investment attraction.”