The online memorial startup offers more depth than an obituary. 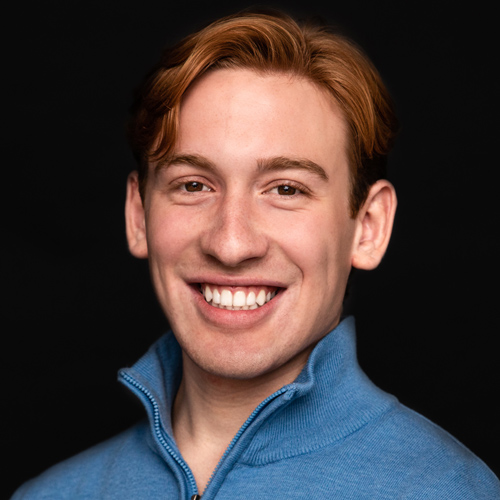 The funeral industry ranks among the most staid bastions of the traditional economy, with practices that have changed little in centuries. To one Halifax startup, it looks ripe for disruption.

Dear Life’s goal is to move the process of memorializing a dead loved one into the digital realm. Its software lets users create interactive online tributes to people who have passed away.

President Harrison Smith said in an interview that as younger, tech-savvy generations increasingly take on the responsibility of organizing tributes to their older relatives, he expects Dear Life to benefit from changes in the social conventions around death.

“Think about millennials and how they've disrupted every aspect of our lives from birth, like gender reveals and marriage are this huge production now,” he said. “And death is going to be the same way... With an aging population, it’s only a matter of time before we shift to a very digital and beautiful solution.”

The graphics are based on the oft-repeated story that people on the brink of death find themselves in a tunnel, walking towards a light. Users can move forward and backward through the tunnel, with different sections corresponding to different stages of the person’s life.

The company was founded last April by Paul LeBlanc, who is now listed on its website as an investor and advisor. CFO Ryan Corkum and CTO Raymond Pancura joined shortly afterwards.

By September, Dear Life had six employees working full-time, and by December, it had nine. None of those staff were acquired through angel investment or venture capital. Instead, the founders have largely self-financed the project.

Smith said the company has tested its software with several early adopters and has built up a waitlist of about 300 prospective users. In the coming weeks, those users will gain access to the platform, and the team will continue the product validation process and spend 14 weeks dialing in its monetization strategy.

Tentatively, Smith said Dear Life is planning to operate on a freemium model, with the paid version probably costing $5.99 per month and including premium features, such as the ability to download the timeline as a video so that it can be backed up.

“We thought it was going to be a one-time fee,” he said. “But we started talking to users, especially those who created makeshift solutions (like YouTube videos or Google Drive folders)... What we noticed was they kept coming back to it. It's hard to detach yourself.”

Now, Smith and his team are preparing to raise a round of seed-funding, which will let them hire about four more people.

The company has also received grants from national IT industry group TECHNATION and the province’s Co-op Education Incentive, which has subsidized the wages of a couple of Dear Life employees. Smith declined to share a dollar value because some of the funding is still being distributed and the approval process is ongoing.

For the seed round, Smith is expecting much of the money raised to come from within Atlantic Canada, but he said he is open to investors from further afield. The deciding factor, he said, will be whether investors offer the right combination of financial backing and strategic partnerships.

“The most important part when you’re looking at a tombstone, or even an obituary, isn't the birthday and death date. It's the dash in between,” said Smith “That's where all the beauty happens. And if there's one way to differentiate ourselves, between the old world and the new world, that's what Dear Life is all about. We're about the dash in between.”