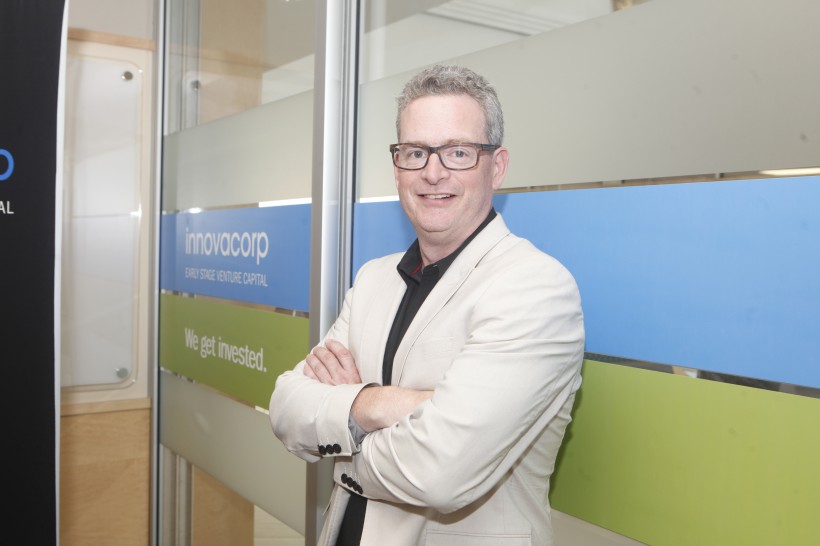 John Robertson: 'For us, it’s more of an awareness campaign.'

Halifax’s HomeEXCEPT has launched an Indiegogo campaign that CEO John Robertson said in an interview is meant to serve not just as a funding source, but as an international marketing vehicle.

HomeEXCEPT was first launched in September and completed a major product redesign earlier this year. Its technology now uses accelerometers and environmental sensors capable of tracking humidity, temperature and air pressure to monitor the behavior and safety of seniors living alone.

With HomeEXCEPT’s sensors already on the market, Robertson said the crowdfunding campaign is aimed at increasing the company’s visibility in the United States and facilitating additional growth. The campaign, which has almost two months left, has a target of $19,750.

“For us, it’s more of an awareness campaign, primarily in the U.S. market,” he said. “I’d always intended on trying to put together a campaign, but I wanted to make sure we actually had a product we could ship, so that it wasn’t a campaign to help fund [research and development], but rather a campaign to support the cause of ... helping people to age at home.”

Indiegogo is a crowd-funding website that allows companies and entrepreneurs to raise money for projects ranging from miniature computers to comedy movies.

Unlike platforms such as Kickstarter, which often take an all-or-nothing approach that requires projects to meet pre-determined funding thresholds or receive nothing, Indiegogo allows for “flex funding” campaigns that don’t have to meet specific targets.

Robertson said the less rigid model has allowed HomeEXCEPT to use Indiegogo as an online sales channel, with buyers being offered a discount on their software subscriptions.

NxtGEN Grows in US Care Homes

HomeEXCEPT’s retail customers normally order the hardware and then pay a $45 monthly subscription for the software that runs the sensors and presents the data in a readable format. The subscription is monthly, with no contract.

Indiegogo buyers will pay for a year-long subscription up front at a 44 percent discount. After the year, they will be able to continue renewing monthly at the discounted price.

The sensors are sold in packs of five and are meant to be deployed according to a list of available options, so that the machine learning software system knows how to interpret the data it receives.

For example, if a customer wants to ensure their elderly parent is taking their medication on schedule, a sensor can be mounted on the parent’s medication drawer to track when it is opened and closed. Or a sensor can be positioned to check whether the stove has been left on.

Robertson said in May that HomeEXCEPT was eyeing American medical distributors to supplement its existing retail sales channels.

Now, he said overall growth has proven slower than he would like because of COVID-19: “Even though there’s been a huge increase in focus on what we’re doing, people are pretty myopic when it comes to the pandemic and COVID ...  What we’re finding is just now, things are starting to loosen up.”

As public health conditions in Canada and parts of the United States begin to normalize, sales are picking up and several institutional deals may be on the horizon.

Robertson added that HomeEXCEPT is planning a $500,000 seed round, which will be its largest capital raise to date, but that investors have been cautious because of the pandemic.

“There’s definitely a ‘money under the mattress’ attitude a little bit going on ... there’s certainly more anxiety,” said Robertson. “But at the same time, there are also some [angel investors] that are making money hand over fist right now.”

The backers who have been most open to HomeEXCEPT -- which has not yet tapped institutional investors and is instead leveraging Robertson’s existing contacts -- have been people whose businesses have benefited from COVID-19.

Robertson said that investors involved in gold mining, for example, have enjoyed an exceptionally lucrative few months and appear to be looking for ways to deploy their newfound capital. The same is true of individuals who have had portfolio exposure to major technology companies, such as Amazon and Tesla.