Helping the Aged with Home Sensors 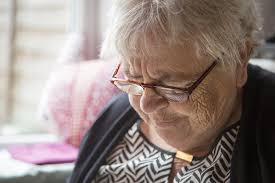 John Robertson is one of the people to see an opportunity in the fact that the population of the western world — and Nova Scotia in particular — is aging.

Robertson is a Halifax-based business consultant whose company, inspiredEggs, helps firms bring their products to market. Now he’s focused on a new venture that he hopes will improve the lives of seniors who live alone.

The new company, homeEXCEPT, places thermal imaging sensors in seniors’ homes to ensure they are safe and healthy. The system, which will launch this summer, is non-intrusive, cost-competitive and provides peace of mind for the families of elderly people who live alone.

“We’re (reacting to) the fears of the GenXers and baby boomers and the fact that they are worried about the safety of their loved ones,” Robertson said in a recent interview. “But from a business perspective, we’re creating our own data set by having our own sensors in the marketplace and that gives us a data set that can be replicated by no one.”

Robertson came up with the idea a year ago when he delivered a presentation in Atlanta and heard U.S. officials speak about the coming “senior tsunami.” There are now 50 million Americans over the age of 65 and that is projected to be 75 million by 2030.

Robertson has been mentoring the founders of Halifax-based startup Bitness, which places sensors in retail establishments to gather data on customer behaviour. He wondered if a similar system could be used to let the elderly safely stay in their own homes.

The solution is a series of sensors that are placed in each room in the house, and accompanying software that analyzes the senior’s movements and understands if something is amiss. It can tell if the individual is late getting out of bed, wandering at night, absent for a prolonged period, or has had a fall. It can distinguish between pets and humans, and it can tell if a stove is left on or a window’s left open. The longer the system runs, the more it understands the person it is monitoring and the more effective it is.

The system uses Facebook Messenger to contact family members if there is cause for alarm. It allows the family members to know immediately (using a free service they likely already use) if they need to check in on their elderly relative.

To bring the project to fruition, Robertson has struck a number of key partnerships. He’s working with Matt d’Entrement, director of the iDLab at Dalhousie University, and the tech consultancy T4G on developing the technology.

And he has teamed up with Northwood Care, which will help to bring the product to members of its network.

Finally, Robertson is working with a team of advisers that includes doctors Gail Estes and Aaron Newman, two of Dalhousie’s leading researchers in brain-related issues.

The goal over time is to build up a set of data that will help these researchers better understand the elderly brain and constantly improve the product.

“What we’re building is a data company more than anything else,” said Robertson. “There’s going to be a very, very rich amount of research that will result from this.”