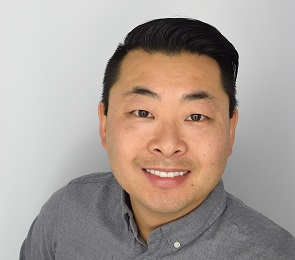 Dave Kim: The makeup of the investment group is the most significant thing.

Halifax-based Harbr has closed a $1.75 million round of funding, having assembled a blue-chip roster of Atlantic Canadian business people as the core of its investor group.

The company is developing mobile technology that uses artificial intelligence to help construction companies perfect such tasks as scheduling. It is now being backed by a group of investors weighted heavily in the construction industry. It features some noted technology investors from the region and beyond, and some of the mentors Harbr has worked with as it’s gone through the Creative Destruction Lab-Atlantic program.

“Having the group of investors that we have in this round is the most significant thing,” said CEO Dave Kim in an interview. “We’re trying to create exponential value, and all these investors  . . . are working toward our vision of trying to create artificial intelligence for the construction industry.”

Kim said the round was led by Jevon MacDonald, the CEO of Halifax-based Manifold, and Halifax developer George Armoyan, whose interests include Geosam Capital and Clarke Inc.

One interesting aspect of the funding is that it re-unites MacDonald, Uhma and Kim, who together founded GoInstant, the Halifax startup that was bought by Salesforce.com for more than $70 million in 2012.

Kim founded Harbr two years ago with a vision of using artificial intelligence to improve the efficiency of and reduce workflow bottlenecks in construction projects.

The product – which is now being tested in pilot projects – uses field data from building sites to tell construction teams what is happening in a project and help execute on the production schedule. “The idea is to put this in everyone’s pocket so everyone knows what’s going on in real time,” said Kim.

He said the goal is to improve efficiency and cut costs and waste. The product will be piloted for most of this year and Kim anticipates a full launch later this year.

“Committed to exceptional growth in the Atlantic Canadian ecosystem, Harbr's very capable team is creating world-class cutting-edge technology, which could have huge impacts for construction and real-estate industries across the globe," said Clow in the statement.

Kim said the money will be used to grow the Harbr team, which now comprises 11 people. In particular, he wants to ramp up the sales team and recently brought in Sarah Murphy, former CEO of St. John’s startup Sentinel Alert, as Vice-President of Business Development.

Murphy’s hiring exemplifies another aspect of the Harbr mission: the company is committed to equal hiring based on gender. Its 12th hire, coming aboard in the coming weeks, is female (a digital designer from Ottawa who is moving to Halifax to take the job), at which point the company will have six men and six women.  The funding will allow further hiring.

Said investor Gavin Uhma: “Up until now they’ve been operating on a shoestring budget and have accomplished so much - I can’t wait to see what they’ll do with more capital.”