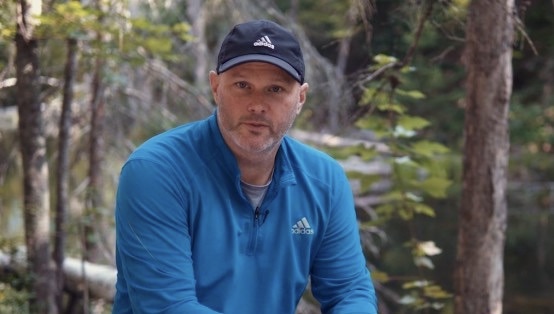 Halifax behavioural modification startup Habit Forming Technologies has raised just shy of $500,000 in an unplanned round of investment and is preparing for a second, more structured raise in the low seven-figures later this year.

Habit Forming Technologies and its platform, JackHabbit, aim to use artificial intelligence to help users develop healthy habits. The company plans to sell its system to insurance companies in “white label” deals that will pay Habit Forming a percentage of the insurer’s revenue.

The recently completed funding round came as a surprise to Founder Darren Steeves, who was not originally intending to raise capital, but changed his mind after several investors expressed interest. One of the company’s key backers is Travis McDonough, who sold his own startup, Kinduct, for more than $70 million in September.

“We never ended up in a real round of investment,” said Steeves. “It was friends and family. And we decided to keep on trucking to the $500,000, which gives us great wiggle room... It's been amazing that we didn't have to do more of an official thing.”

In his past, Steeves was an exercise physiologist and corporate consultant. The work made him conclude that conventional strategies for encouraging people to develop healthy habits are ineffective because they do not take into acccount what level of commitment people are ready to make. JackHabbit is his solution.

“I thought, ‘Hey, if I write this perfect exercise program, everyone will do it,’” said Steeves in an interview. “And the corporate wellness world, I went into that for the last 10 years and said, ‘You’ve just got to have this perfect strategy, and everyone will do it.’ But it wasn't the case... And then I recognized, ‘Oh, no, they won't, they need to be ready to do it.’”

Steeves founded Habit Forming Technologies in February 2020 with his business partner, Zack Miller. Co-founders Ege Aydede and Jonathon Fowles joined shortly after. Miller is the CTO, Aydede is the lead developer and Fowles is the chief researcher, while also working full-time as a professor of kinesiology at Acadia University.

The company now has nine full-time employees, with four more people slated to be hired in the next week.

JackHabit users begin by answering a questionnaire about their priorities, such as sleep and exercise, and how much they are able to commit to improving those areas of their lives. Then, the web application and soon-to-be-released app use prompts, such as push notifications or text messages, to remind them to follow through on their goals.

The reminders often include video content, which will be added by the insurance companies -- most of which already have collections of health and wellness-related multimedia, but have struggled to find effective ways to distribute that content to their customers.

Steeves’ original plan was to sell JackHabbit to universities and other large organizations for use by their community members. But he discovered that insurance companies were already providing similar, but less sophisticated products, which made the sales process difficult. So, he decided to sell to the insurance companies instead.

Steeves said that he believes JackHabbit has at least two advantages over competing products: it supports a wide range of wellness-related habits, rather than just one or two, and it is developed with the help of researchers who are considered leading experts in their fields.

Dalhousie researcher Rita Orji, for example, helped with the development of JackHabbit and recently won the Outstanding Early Career Researcher Award -- one of the top honours a young computer science researcher can receive.

And another of Habit Forming Technologies’ research partners, Elizabeth Cawley, is the Director of National Mental Health Strategy for student support organization ASEQ | Studentcare. Steeves said she is widely recognized as one of Canada’s leading experts on the mental health of students.

“We feel very fortunate these people have come on to punch out our research team, considering we're trying to follow a true evidence-based model,” said Steeves.
“Not just (nominally) ‘evidence-based’ because everyone uses that. We are actually walking the walk.”