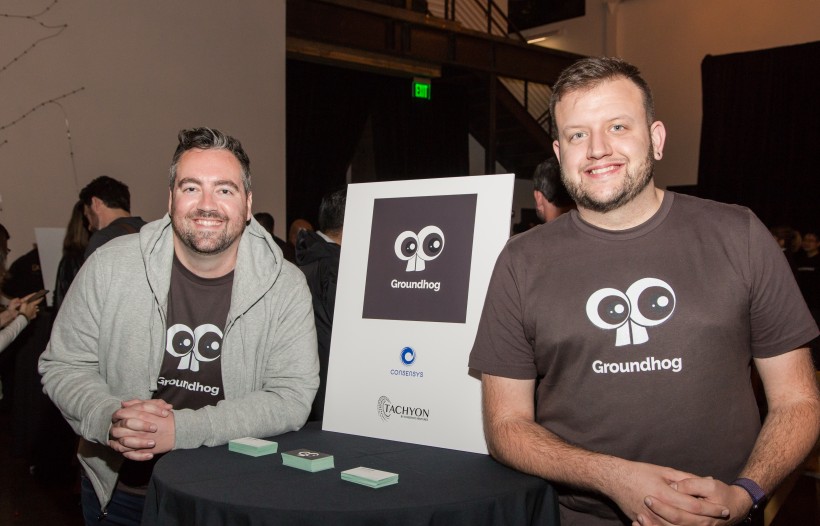 Scott Burke smiles as he tells the story of how he came up with the name for his company’s flagship product, Groundhog.

Burke is the CEO of Halifax-based BlockCrushr Labs, which has been experimenting with various cryptocurrency and blockchain products. Last year, it went through two international accelerators, raised US$625,000 (C$825,000) in equity funding and came up with a product that lets users pay for monthly subscriptions with cryptocurrencies.

Last February, the team was in Denver with the Techstars accelerator and needed a name for its new payment system. After they completed the minimum viable product, Burke went for a walk one night to try to think of a name that would emphasize the repetitive nature of the new product.

“What do you call something that happens over and over and over again?” asked Burke as he recalled that night in Denver. He remembered the movie Groundhog Day, in which Bill Murray keeps reliving the same day. “I went back and said to the team, ‘Groundhog.’ They liked it and within three hours we had a logo.”

Groundhog is a payment system that allows subscription-based products – whether it’s a streaming service, an electrical utility or any other company that receives monthly payments – to be paid in cryptocurrencies. These are digital currencies, such as Bitcoin,with which parties can make payments directly to one another without using a bank or other intermediary.

In an interview, Burke and his Chief Technology Officer Andrew Redden said Groundhog capitalizes on two trends. The first is the global growth of cryptocurrencies.  BlockCrushr believes digital currencies have passed through the speculative fluctuations of the past two years and are being accepted more and more as payment tools in the real economy, especially in emerging economies.

Read About Atlantic Canadian Startups Joining Accelerators Outside the Region

The second is the subscription economy, in which SaaS companies like Netflix and Spotify grow through recurring revenues, and other companies want to replicate that success.

“The ability to make payments with cryptocurrency is becoming more straightforward and gaining adoption, but subscription payments – a huge and growing segment of global payments – have been left out of the equation,” said Burke. “We’re building the technology and user experience to solve that problem.”

Groundhog’s initial system will be a suite of tools that include: a payment gateway that merchants can install on their websites; an app that runs on Apple’s iOS operating system that lets consumers use the system; and an internet app that helps merchants manage their accounts.

The team has attracted support from international blockchain crypto experts. As well as Techstars, it was accepted into the Tachyon Accelerator, a specialist program for crypto startups in Silicon Valley.

All the company's funders are based in the U.S. and include Techstars and Tachyon’s parent ConsenSys Ventures, as well as New Stack Ventures, SK Ventures and several angel investors. The funding allowed the team to grow from three to nine in 2018, and BlockCrushr anticipates doubling staff again this year. Burke will soon begin raising another funding round, which he hopes will bring in “a couple of million.”

The big news on the horizon is the alpha launch of Groundhog next month with a variety of early adopters. It is due to take place Saturday, Feb. 2. That’s right: Groundhog Day.