EY Entrepreneur of the Year Winners

The global consultancy has named seven winners from the region. 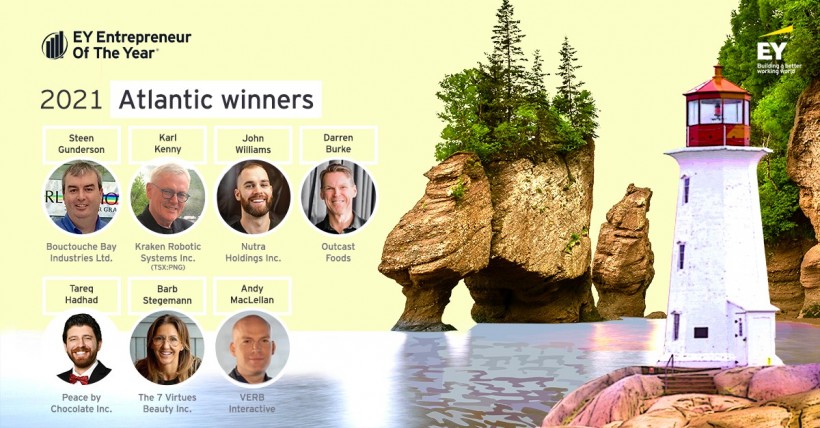 EY Canada has named seven winners in the Atlantic division of the 2021 Entrepreneur of the Year competition.

The global consultancy this week revealed the winners for all Canadian regions, including the Atlantic winners. These regional winners will now move forward to compete at the national awards celebration in November, where 10 national winners will be named.

“It’s amazing to see so many entrepreneurs in the Atlantic region driving forward with purpose to create meaningful value for their customers and communities,” Gina Kinsman, EY Entrepreneur Of The Year Atlantic Program Co-Director, said in a statement. “The social, economic and environmental change they’re creating for their stakeholders is inspiring.”

The seven Atlantic winners are: