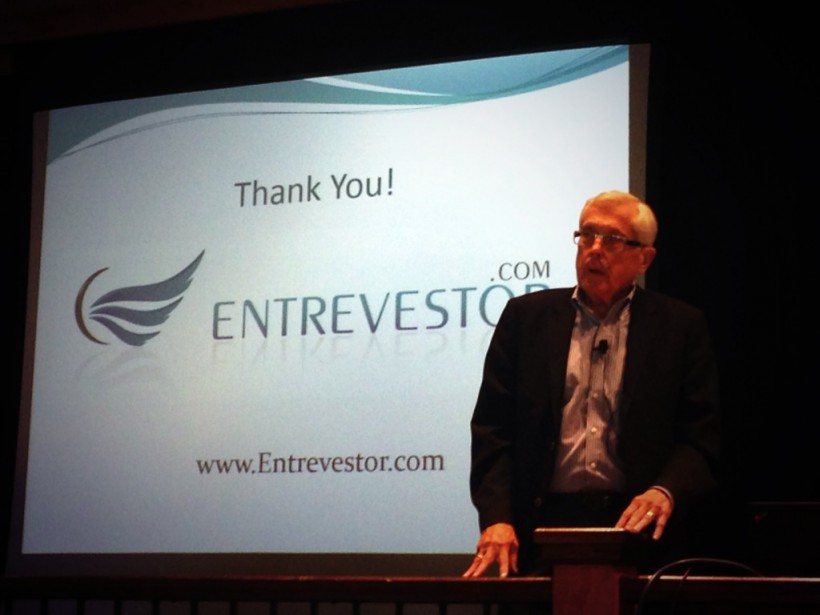 Last night, we gathered in Fredericton with almost 50 members of the startup community for the first Entrevestor dinner – an event that marks a beginning on many levels.

Most important, it was the beginning of two discussions that Entrevestor will perpetuate in the coming months. First, how can we build up a more effective mentorship network for the region’s entrepreneurs? And second, can we develop a program to help Atlantic Canadian startups find early adopters?

Last night also marked the beginning of the series of Entrevestor dinners. These are gatherings of moderate size in which members of the community come together to discuss improvements to the ecosystem. We plan to have dinners similar to the Fredericton event in the autumn in St. John’s, Halifax and Charlottetown.

What was particularly gratifying last night was the level of engagement by the participants. People jumped into the discussions and there was virtually no “dead air” during the talks.

Calvin Milbury, CEO of the New Brunswick Innovation Foundation, led the discussion on mentorship and East Valley Ventures chairman Gerry Pond (shown above in this great photo by Allan Gates of Bonfire Communications) headed the talk on early adopters. We will describe these discussions on Entrevestor in coming days, and carry them forward in the coming months.

On a personal note, Carol and I would like to thank everyone who came out, especially the people who drove all the way from Halifax for the dinner. It was gratifying to see so many friends filling the room. I'd also like to thank Joanne Johnson and Chet Wesley of NBIF for helping me put together the event.