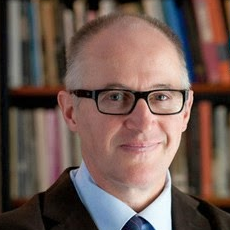 Michael Donovan, Executive Chairman of Halifax- and Toronto-based DHX Media Ltd., has been named Canadian Entrepreneur of the Year by the global consultancy EY.

EY said in a statement that Donovan, who heads a global film and television company specializing in children's entertainment, was chosen as the Canadian winner for his industry foresight and relentless belief in the demand for good-quality entertainment content.

"Michael Donovan had a vision, and jumped into family entertainment content with both feet," said Colleen McMorrow, EY partner and National Entrepreneur of the Year Program Director. "But his success is no stroke of luck. He has proven himself as a diligent and persistent businessman, first in producing and distributing shows around the world and then in strategically growing DHX Media to become the world's largest independent library of children and family content."

Donovan began in the early 1980s, when he teamed up with his brother, Paul, to found Salter Street Films, a Halifax-based production company. Having produced such series as CODCO, Made in Canada, This Hour Has 22 Minutes, and winning an Academy Award for Bowling for Columbine, Donovan eventually started what would become DHX Media Ltd, which went public in 2006.

Donovan will represent Canada in Monaco next June when EY recognizes entrepreneurs from 50 countries around the world and selects the World Entrepreneur of the Year.

The presentation of the award on Wednesday capped off the Entrepreneur of the Year program, which comprised competitions in five regions, 183 finalists and  51 award winners. EY said the 183 finalists employ more than 46,000 people in Canada and have combined revenues of over $12 billion.

Another Atlantic Canadian who was recognized at the event was Alex MacLean, the head of East Coast Lifestyle of Halifax, who received a Special Citation for Marketing Excellence.

“In 2013, Alex started East Coast Lifestyle, a unique clothing brand focused on Atlantic Canadian pride, in his entrepreneurship class at Acadia University,” said EY in a statement. “Since that first initiative to sell 30 hoodies, the company has exploded internationally, with over 500,000 units sold in 55 countries.”