The corporate healthcare startup is a digital marketplace for medical services. 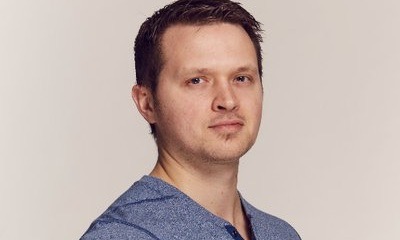 St. John’s-based Cyno, which has developed a healthcare platform for corporations, has raised a $2.3 million seed round led by the Venture NL fund, which is managed by Pelorus Venture Capital, along with a handful of angel investors and industry experts.

Chief Executive Peter Barbour said in an interview that he plans to spend much of his new war chest on hiring more staff, as well as a push into the United States market. Some of the money will also go towards bolstering Cyno’s privacy protection and encryption processes.

Cyno is a digital marketplace where a company’s employees can hire healthcare providers ranging from physiotherapists to psychologists for remote consultations. Corporations buy packages of credits that their employees can redeem for services, with Cyno setting the prices and screening service providers before they can join the platform.

“They’re independent contractors," said Barbour. "You'll notice we actually even put their business logos (on their profiles), so it is a true marketplace.

"We of course spend a lot of time and effort vetting our providers, making sure that we are getting the right and qualified people on our platform.”

Barbour — already a battle-tested operator in the health and fitness industries, who was previously wellness director for youth fitness company Max Athletics — first conceived of Cyno in 2017 in response to the long wait times for medical care his family members faced in rural Newfoundland.

He launched the platform in April 2020, and since then, the business has accumulated about 15,000 end users.

Most of those users are in Canada, although Cyno does have a nominal American presence. Barbour said with money from the latest round in hand, he is planning a more systematic push into the U.S.  It is the largest healthcare market in the world, valued at $4.1 trillion in 2020 and projected to grow to $6.2 trillion by 2028.

So far, Cyno has 12 employees, with plans to hire another 12 to 15 this year, mostly developers, but also salespeople. Barbour’s employee pool is distributed, with workers in Newfoundland and Labrador, Nova Scotia, Ontario, Brazil and Argentina. Next week, Cyno’s latest hire will arrive in Canada from Ukraine.

Barbour said none of the job openings are posted publicly yet because Cyno is taking a “strategic” approach to timing its want ads, but said the listings will include roles on both the software and business development sides of the company.

Also coming in the next year is a Cyno mobile app to complement the company’s existing, responsive web app.

In the press release announcing the round, Cyno announced several additions to its board: Sarah Murphy, Partner at Pelorus Ventures; Nick Janes, Vice-President of product management at Verafin; and Terry Power, former CEO of Medisys Health Group.

“We recognize that Peter and his team have been able to grow an impressive customer base across Canada, and they’ve done it in a very lean fashion to date,” said Pelorus Venture Capital Partner Sarah Murphy. “At Pelorus, we love to see entrepreneurs who have proven out the market demand. This has put Cyno is a great place for strategic investment.”