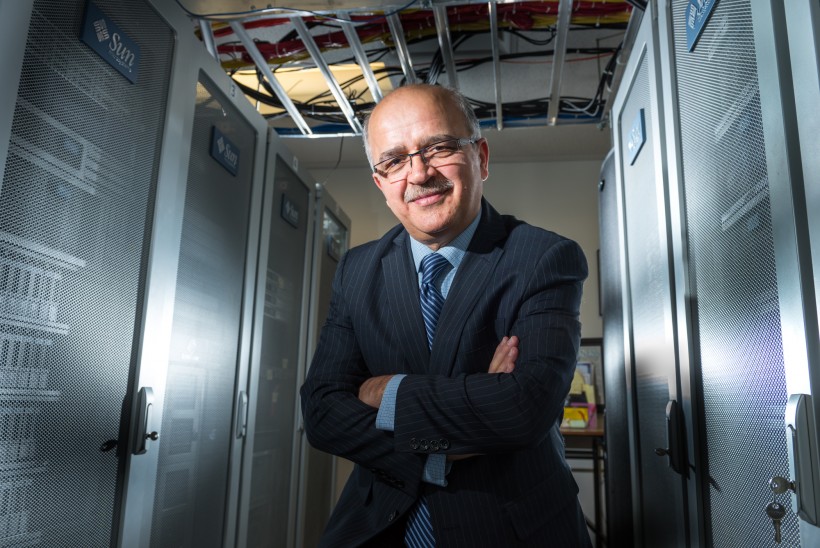 Ali Ghorbani: 'The Canadian Institute for Cybersecurity is poised to alter the cyberwarfare landscape.'

The University of New Brunswick on Monday opened the Canadian Institute for Cybersecurity, a hub for research, training and industry collaboration that has been backed by more than $4.5 million in funding .

The institute, which has signed on IBM as its first R&D partner, will train skilled cybersecurity professionals and provide leading-edge research into one of the most pressing issues facing society today. It has been launched as New Brunswick aims to become a centre of excellence for cybersecurity.

“The Canadian Institute for Cybersecurity is a culmination of more than 15 years of successful innovation and research in cybersecurity at the University of New Brunswick,” UNB President Eddy Campbell said in a statement. “The creation of the institute allows us to forge an even more crucial role in developing security measures necessary to protect modern critical infrastructure in Canada and beyond.”

The development of cybersecurity in New Brunswick originally grew out of the success of Q1 Labs, which began in Fredericton and was purchased in 2012 by IBM for a reported price of more than $600 million. The acquisition served as a catalyst for IBM’s security division, which is now a $2 billion business employing more than 8,000 researchers, developers and security experts across 133 countries.

Q1 and IBM provide the nucleus of a cybersecurity community in New Brunswick with great expertise in preventing cyberattacks. Since the acquisition, other startups have formed in the space like Sentrant Security and Beauceron Security.

The worldwide cybersecurity market is large and growing, with market estimates ranging from US$75 billion in 2015 to US$170 billion by 2020. The size of the market is a response to the rising global cost of cyberattacks, which is expected to grow to US$2.1 trillion by 2020. As a result, there is intense interest in the development of new-generation cybersecurity solutions.

“The need for more cybersecurity support and services around the world is a huge opportunity to create jobs here in our province,” said Premier Brian Gallant, whose government has identified cybersecurity as a pillar of its innovation program. “New Brunswick is already a world leader in cybersecurity. Enhancing training and research opportunities through this institute is another step in seizing this significant economic opportunity.”

The institute was made possible with $2.27 million in funding from the Atlantic Canada Opportunities Agency’s Innovative Communities Fund and through the Canadian Foundation for Innovation. The provincial government provided a contribution of nearly $2 million, while UNB is adding $330,000 in funding.

Ali Ghorbani, Canada Research Chair in Cybersecurity at UNB and the university’s dean of computer science, serves as director of the institute.

“The Canadian Institute for Cybersecurity is poised to alter the cyberwarfare landscape by propelling research, training and collaboration with governments and industry to new levels,” said Ghorbani.

IBM is the institute’s first research and development partner, helping to fund highly skilled resources in the field of cybersecurity and other in-kind contributions such as technical and management resources to provide project oversight and mentorship for students.

This partnership builds on IBM’s long-standing history of investments and partnerships across the province. IBM maintains a research and development and customer support centre in Fredericton, which provides support for more than 5,000 customers around the globe.

The institute, housed at existing facilities on UNB’s Fredericton campus, is a comprehensive multidisciplinary training, research and development and entrepreneurial unit. It will collaborate with researchers in the social sciences, business, computer science, engineering, law, and science, as well as other national and international research centres.