CyberHatch will accept up to 20 companies a year, and provide them with mentorship, programing and funding. 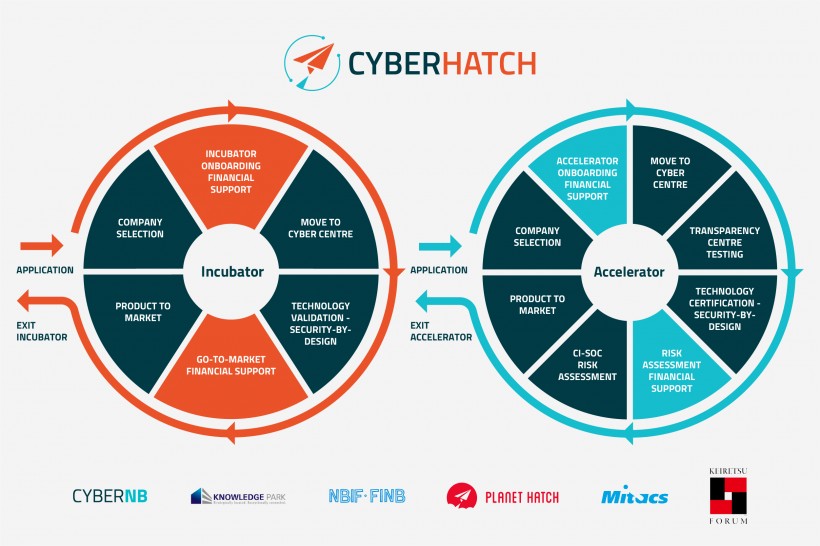 CyberNB Inc. will launch a new accelerator for cybersecurity companies early next year, offering up to 20 companies a year programming, mentorship, and a six-figure funding opportunity.

The New Brunswick group that promotes the cybersecurity industry is hoping that CyberHatch, which is set to launch in the first quarter, will hold four cohorts a year, with each cohort accommodating as many as five companies.

CyberNB has struck partnerships with several funding groups so participating companies have access to as much as $250,000 as they go through the programs. What’s more, the more advanced companies have an opportunity to pitch to the members of the Keiretsu Forum, the world’s largest angel network.

CyberHatch is being launched as a partnership between CyberNB, the Fredericton entrepreneurship hub Planet Hatch, Keiretsu Forum, the New Brunswick Innovation Foundation, Knowledge Park, and Mitacs. Once it is launched, Planet Hatch will offer or participate in a total of six accelerator programs.

Each CyberHatch cohort will comprise two programs – the incubator is for pre-revenue companies that are developing their technology; and the accelerator is for scaling companies that have a product in the market and need to increase sales. You can apply for both programs here.

As well as New Brunswick companies, the organizers are hoping for international companies to join the programs. Both Planet Hatch and Keiretsu Forum can sponsor entrepreneurs to immigrate to Canada through the Startup Visa program, and the organizers hope several companies will move to Fredericton by such means.

Every company has access to funding on entering the program and again on graduating, though the funding opportunities differ depending on which of the programs they’re in.

On entering CyberHatch, companies in both the incubator or accelerator will be eligible to receive as much as $50,000 in non-dilutive funding from both Planet Hatch and NBIF – for a total of as much as $100,000. The participants in both programs can also access research credits from Mitacs, and on graduation have the opportunity to receive up to $150,000 in equity funding from NBIF.

Companies entering the accelerator program can receive up to $75,000 from the Keiretsu Forum, and the accelerator graduates will be able to pitch to the angel network’s members for $1 million to $10 million in funding.

As well as the funding, participants will have access to networking with and mentorship from the CyberNB community, which comprises specialist organizations in cybersecurity and protecting critical infrastructure. The headquarters for CyberHatch will be Fredericton’s new Cyber Centre, which will open in the first quarter of 2021. It is a 145,000-square-foot, purpose-built edifice with the highest security standards, allowing leaders from the private sector, government and academia a hub for developing advances in cybersecurity.

As well as the personnel working within the Cyber Centre, Cyber Hatch participants will have access to the members of CyberNB’s Critical Infrastructure Protection Network, or CIPnet, which are enterprise partners spread across Canada.

“With over $110 million dollars being allocated to 200-plus companies from across our global ecosystem every year, we are excited to partner with CyberHatch to open up eastern Canada’s potential in digital resiliency and critical infrastructure protection initiatives,” said Ozan Isinak, President of Keiretsu Forum Canada.

“One of our mandates through this relationship will be to leverage our international presence to identify and guide companies into New Brunswick for incubation and scale. At the same  time, we hope to identify local and regional companies that have the potential to raise capital through our world-wide network of accredited investors.”