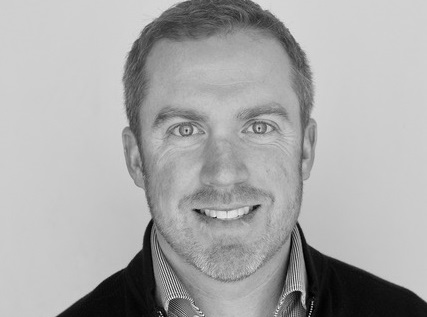 As the Covid-19 crisis has deepened, a growing number of physicians and healthcare professionals have been signing up to The Rounds and its sister platform QID to exchange information on the growing challenge of treating patients.

Based in Halifax, The Rounds (whose corporate name is Boondoc Technologies Inc.) is a closed social network for Canadian doctors, a place where they can discuss medical issues among themselves to improve the treatment of patients. A few years ago, the team launched QID, a similar network for pharmacists, which has a global following.

For the past two years, the company has had steady growth, but its membership has ballooned recently as a range of healthcare professionals have signed up to share information and increase their professional knowledge amid the growing crisis.

“We historically grow on a month-by-month basis by 75 to100 physicians,” said CEO Tim Rice in an interview Wednesday. “But in the last week, we’ve been averaging 99 new physicians per day. Our pharmacist side has seen a complete explosion because pharmacists simply need more information about what’s happening.”

The Rounds and QID are very much social enterprises, in that they focus on improving society through better healthcare, as well as on making money.

The benefits of the social mission are amplified in times like these as healthcare professionals need a timely exchange of information on best practices, new treatments, and programs in their jurisdiction. About 20,000 Canadian physicians are now registered on The Rounds, of whom 6,000 are active participants each month. Rice said there are about six medical groups that have been especially active, and one is concerned with infectious diseases – a group that’s grown strongly in the past month.

The Boondoc team – which comprises 12 full-time and four part-time staff – has done targeted exercises to increase medical knowledge in its infectious diseases group. These include four live webinars (each attended by 25 to 100 physicians) and five sessions that the team calls “Ask Me Anything.” In these sessions, an expert responds to questions over a five-day period, and these have attracted 1,200 to 2,000 doctors, who can log on whenever it suits them.

The daily connections and the special sessions benefit doctors because medical technology is constantly changing, and they are too busy to follow all the progress, said Rice. Medical conferences are expensive, and some hospitals no longer have doctors’ lounges where medical staff can swap information.

“I worked in the pharmaceutical industry for 16 years and the physicians are bombarded by a boatload of information every day, and it’s not always coming at the right time,” he said. “There are a lot of advancements in medicine and if they don’t stay current with the progress, they could be misdiagnosing their patients.”

As its social impact grows, so does the financial performance of the company. The company had revenue of about $750,000 in its last fiscal year, which ended in August, and it is now on track to double that to $1.5 million this year. In the past few days, it has been in talks with a pharmaceutical group in California that could bring 4,000 new pharmacists into its network.

There could be a short-term hit to revenues because the company has suspended some ad campaigns by pharmaceutical companies during the current crisis, but overall Rice is upbeat about prospects.

He is now working on raising a bridge financing round worth about $1 million to $1.2 million, and already has commitments of $250,000. If all goes well, he hopes to close the round by the end of June which could lay the foundation for further growth.

“This could expedite our Series A round and help to grow membership to levels we hadn’t expected previously,” said Rice. “Confidence in our management team has really grown.”