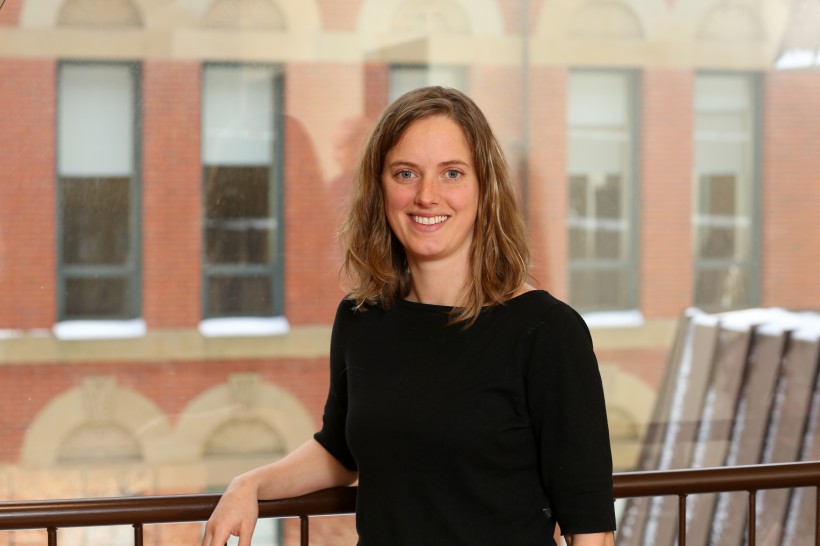 The company has developed bone cement that can be injected into damaged bones (starting with knees) in an attempt to avoid surgery or replacement. The team headed by CEO Caitlin Pierlot is now preparing for clinical trials and applications for regulatory approval in Canada and the U.S.

“Our company was founded on the passion to improve patient outcomes amidst a growing healthcare crisis of rising costs and wait times, and to do it here, in Atlantic Canada,” said Pierlot in a statement. “The continued support of ACOA is helping to make this exciting opportunity possible, by supporting first, the transition of this high-quality research from Dalhousie University, and now, the continued development of our novel technology and growth of our company in the region.”

The $500,000 loan, secured through ACOA’s Business Development Program, will help Covina Biomedical prove the effectiveness of the bone cement. It plans to gain customer feedback and validation to help pave the path to regulatory approval.

“It’s very exciting to see the outcome of local research and development result in a product that can be commercialized and exported globally,” said Halifax MP Andy Fillmore, who announced the funding. “Covina Biomedical has tremendous potential to assist patients suffering from osteoarthritis or failed knee implants, and to contribute to the local, flourishing life sciences community.”

The company aims to use its injectable bone cement to repair the bones in people’s knees so they will not need expensive and troublesome knee replacements. The total cost of a knee joint implant procedure in the U.S. was estimated at an average of US$100,000 in 2014.

Knee replacements are the single biggest problem in orthopaedics today with the global market worth over US$8.4 billion. The number of knee joint implants is expected to rise to 185,000 procedures per year in the U.S. by 2025.

Pierlot and her co-founder Brett Dickey had previously raised well over $1 million in equity funding from such investors as Innvocorp and the First Angel Network. Covina was also accepted into the Canadian Technology Accelerator in Boston, a program offered by the Canadian Trade Commissioner Service to help Canadian startups access foreign markets.