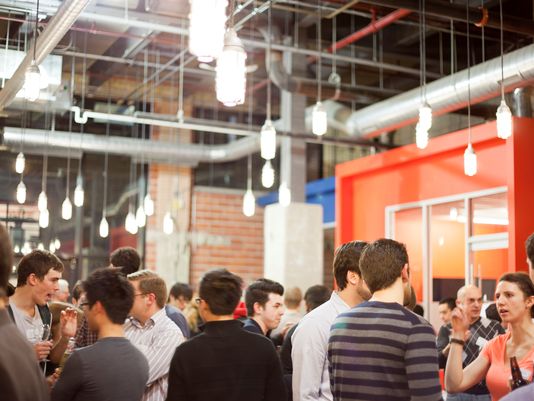 Communitech and Velocity have announced expansion plans under which they will take up the space being vacated by Google in the Lang Tannery and support more startups and high-growth companies.

Communitech, Kitchener-Waterloo’s multifaceted support organization for tech companies, and Velocity, the University of Waterloo’s accelerator, announced they expansion and a new partnership between Communitech and Google in a statement on Thursday.

The upshot is both these Kitchener-Waterloo-based organizations will support more companies.  This additional space will provide Communitech with a total of 80,000 square feet, and will allow the University to double the space allocated for Velocity, with a total of 36,000 square feet or enough room for up to 120 startups.

"The added space will allow us to help accelerate the growth of high-potential companies, while making more room for startups and our corporate innovation partners," said Communitech CEO Iain Klugman in the statement. "This gives us the foundation on which to help build 15 new $100-million companies in the Toronto-Waterloo Region corridor over the next 10 years."

Read our Report on the Women's Bootcamp

The statement said the expansion is being carried out in partnership with Google and the Government of Ontario. Google will soon leave its space in the Tannery to move into new offices in the nearby Breithaupt Block, which will house as many as 500 employees.

The expanded workspace and resources mean Velocity will become the largest startup incubator in North America that does not take equity stakes in its clients. Velocity's space will include a wet lab for startups conducting science research, a dedicated workshop for assembling hardware prototypes, and expanded facilities for startup mentorship.

"Startup companies emerging from the University of Waterloo's entrepreneurship programs are fuelling the growth of the Waterloo Region innovation ecosystem," said University of Waterloo President Feridun Hamdullahpur. "The expanded facilities will allow our Velocity program's software, hardware, and life-sciences startups, currently housed in separate buildings, to grow as a community under one roof, and share insights through peer mentorship."

Communitech and Google have also entered a new three-year agreement to strengthen the Google for Entrepreneurs program, and provide more resources to Communitech's Women in Technology initiatives. Communitech has already run four six-month Google for Entrepreneurs cohorts, providing working space, mentorship and access to Google products to 16 startups. The program will now be augmented with better access to experts at Google Canada and technology-specific experts in Google locations around the world.

"We're really excited to extend our support for high calibre tech companies in the Toronto -Waterloo Region corridor through the Google for Entrepreneurs program," said Steven Woods, Google's Senior Director of Engineering in Canada. "With this newly expanded partnership, we look forward to working with the next generation of startups and tech visionaries within this incredibly talented community."