The BC company launched its seaweed-based Sea Spice in November. 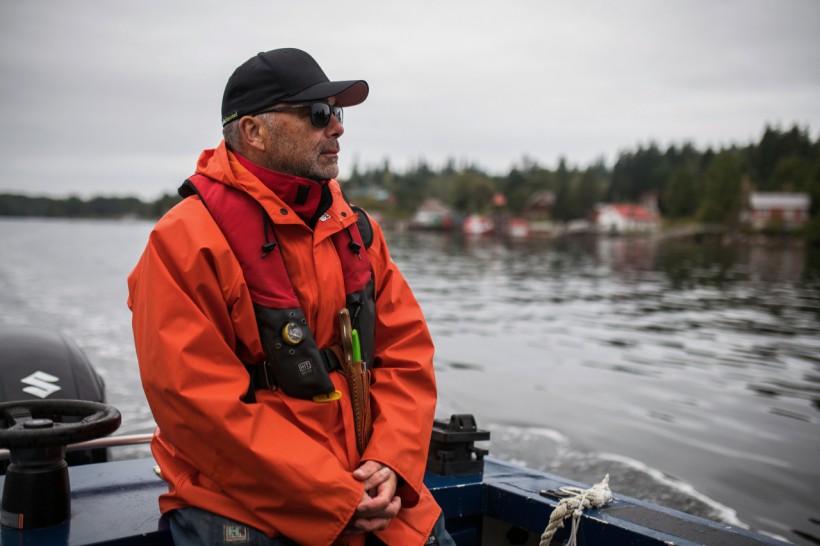 Having launched its seaweed-based spice at a food fair in November, British Columbia’s Cascadia Seaweed is ramping up to launch such new products as seaweed burgers and a cattle additive that can reduce bovine methane.

Founded four years ago in Sidney, just north of Victoria, Cascadia has been farming seaweed in B.C. coastal waters, often in partnership with First Nations bands. Having recognized the opportunity presented by seaweed, the company has been developing products using the crop that is nutritious, fast-growing and beneficial for the environment.

The company started when CEO Michael Williamson, a former naval officer, began to hear about the blue economy. Then he read that the World Bank believes 10 percent of the world’s food could come from seaweed within 25 years. He saw an opportunity.

The company has so far raised between $3 million and $4 million in equity financing, and more than $2.5 million in non-dilutive funds. Williamson said Cascadia is now looking for another $2 million in equity capital. On Friday, the company said in a press release it had received investment from Bloomsbury Natural Capital of the U.K. and Norfolk Green Ventures of the U.S.

Cascadia, which has a staff of about 20 people including contractors, hit a key milestone in November when it launched its Sea Spice (a spice made from seaweed) under its Kove brand name at the Planted Expo in Vancouver. The product sold out at the exposition for plant-based foods, said Williamson, and further sales were hampered because spice bottles are unavailable due to the supply chain crunch.

The company will continue when the proper packaging is available, and Cascadia is looking at new products such as seaweed burgers, which could mimic the success of burgers made from other plants.

“The challenge is getting into the market,” Williamson said of food products. “What niche does it work in? And it has to taste good. Taste will trump everything.  . . .  I think what we settled on is pretty good. . . . I’ve tasted it. It’s awesome.”

Aside from the market for human food, Cascadia is working on a product that would reduce methane emissions from cattle. An Australian team has found that a form of seaweed called asparagopsis can reduce bovine methane emissions by more than 90 percent. Cascadia is looking at growing seaweed with similar properties in tanks to meet demand from the beef and dairy industries.

Cascadia’s biggest operation now is growing seaweed in coastal waters in B.C. The process involves extracting seeds and attaching them to spools of cord. Each December, the team takes the spools to bays and inlets where the cords are strung between moorings. The seaweed is harvested in April.

The environmental benefits of farming seaweed begin with the fact that they need no fertilizer nor fresh water, said Williamson. Beyond that, he said his company’s farms have had a restorative impact on local environments, encouraging both plants and animals to return to bays that had grown barren.

Much of the B.C. coastline comprises First Nations lands, and Cascadia has struck partnerships with several Indigenous bands up and down the coast. Williamson said the company pays a licensing fee to place farms in the bays, and offers employment to band members. If the band needs biomass for any of its operations, it has access to the seaweed grown in its bay. Some of the bands have chosen to invest in Cascadia.

“Through business, I’ve been meeting with Indigenous leaders for 18 years, and our rule is we always go in to listen,” said Williamson. “And I never – never – come away without learning something.”

Correction: We made changes to the ninth paragraph of this article to correctly state that  Cascadia is considering working with a seaweed similar to asparagopsis, not asparagopsis itself.