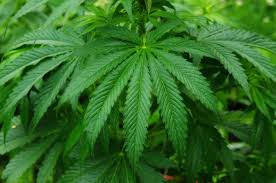 The madness of the reefer market has left many consumers dazed and confused, so Canndeloo aims to help sort it out by giving cannabis brands ratings.

Based in Halifax, Canndeloo is an online platform that lets people rate their cannabis and the stores that sell the product. Users can rate and review their weed and use the platform as a guide for sampling new product. It’s like TripAdvisor for the pot market.

The company is led by CEO Charlie Khoury and plans to launch its website with the rating system in December. It hopes to become the top cannabis-rating service in Canada and then expand internationally.

“We’re more of a technology company than a cannabis company,” said Khoury in an interview this week. “We’re an online platform where users can rate the shops and brands.”

Pot became legal in Canada on Oct. 17 and Canada is growing an industry where none existed before. The thinking behind Canndeloo is that the sudden blossoming of an industry has left consumers intrigued and wanting more information on popular products.

As the market grows there will be more factors to consider, such as whether to buy the weed itself or to choose oils, edibles, gum or other product. Khoury said pot smokers tend to vary their products and want information on brands they haven’t sampled yet. He added that regular smokers can develop resistance to certain strains over time and Canndeloo can help them find other strains.

“We now have 7,800 cannabis strains in our database and that will grow,” said Khoury. “By the time we’re finished, we’ll have 50,000 products listed across Canada and that is an awful lot of product to know about. And they’re all new.”

Khoury and Co-Founder Jordan Dearing began working on the company in April. Last month, they announced they are working with the web-development company immediaC as well as Charcoal Marketing, both of which are based in Halifax. Working with immediaC, the company reviewed several options for its system before selecting Microsoft’s Azure cloud-based computing service, using the .NET platform.

The Canndeloo rating system is based on proprietary algorithms that aim to maintain the integrity of the scoring system. In particular, it prevents brands from boosting their own product or a consumer from trashing a company with whom they have a disagreement.

Khoury said the company will make money in the early years from allowing stores to advertise and from displaying featured products. He noted that the company is working in a highly regulated environment in both sales and advertising.

The company has formed an advisory board that includes former premier Darrell Dexter, B4Checkin CEO Saar Fabrikant, and Talaal Rshaidat of the Florida-based medical cannabis dispensary Liberty Health Sciences. Dexter has become an authority on cannabis and chairs CannabisConnect, the cannabis practice of the consultancy Global Public Affairs.

“Canadian companies set the highest standards in production and are recognized around the world for the quality of their products,” said Dexter in a statement. “The end of prohibition created an environment for innovation for participants and it is a privilege to be able to assist.”