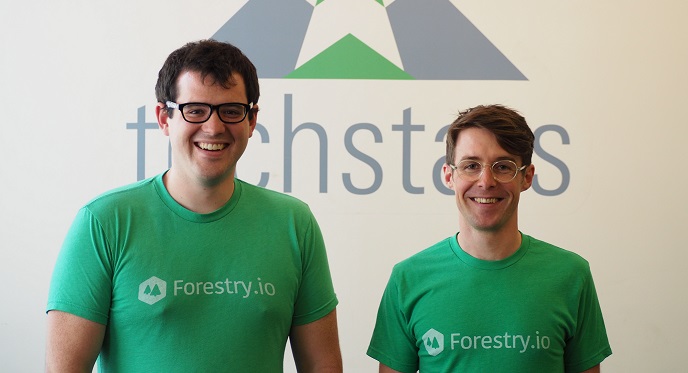 Charlottetown-based Forestry.io has become the first startup in Canada to close a round of funding that includes an AngelList syndicate — a development that opens a new avenue of financing for Canadian startups.

Forestry.io, which has developed a platform for posting content on static websites, closed its US$560,000 (C$747,000) seed round in February. The investors included an AngelList syndicate led by noted Silicon Valley investor Gil Penchina, who previously invested in LinkedIn, Cruise Automation and Dollar Shave Club.

AngelList syndicates are groups of investors who follow the lead of a well-known funder, betting that this individual’s background and knowledge offer a seal of approval in a high-potential investment. They have become a force for attracting capital to promising startups in the U.S. in the past couple of years, but regulators have only allowed them in Canada this year.

“We’re delighted to have this funding in place, and to be backed by Gil and other investors from this syndicate,” Forestry.io CEO Scott Gallant said in a statement.

“We hope we are the first of many AngelList Syndicates investing in Canada, and that they help develop great companies across the country.”

To dispel one misconception, Forestry.io has nothing to do with the harvesting of trees. It’s a five-employee tech company that has developed a content management system that simplifies the posting and updating of material on static websites.

Founded by Gallant and Jordan Patterson, Forestry.io capitalized on the trend of developers using static site generators to build websites because they are cloud-based, simpler to use and more secure than dynamic systems like WordPress. But static sites have no content management system to let non-tech personnel post and manage content on these sites. Forestry.io fills that gap.

The company was accepted in the prestigious Techstars NYC last year, and Gallant tapped the accelerator’s network to speak to Penchina, who has more followers than any other investor on AngelList. He agreed to lead a funding syndicate, and the timing was perfect because until this year such syndicates have been prohibited in Canada. But the Ontario Securities Commission recently allowed AngelList syndicates, and the move was followed by securities regulators in other provinces.

The other investors in Foresty.io include East Valley Ventures, the Saint John-based investment group led by Gerry Pond.

Since it graduated from Techstars, the company has completed and launched its product, and is now looking at bringing in sales.

“We have thousands of users around the world using the platform,” said Gallant in an interview. “We’re going to start charging the users this month so we’re soon going to have revenue.”

He added the company is working on an enterprise deal — that is, a contract with a large corporation — which it also hopes to close this month. With capital in the bank and revenue in the offing, the company is now hiring about four people, both in sales and marketing and in development. And Gallant said, if anything, he feels more pressure than when Forestry.io was simply two friends with a vision.