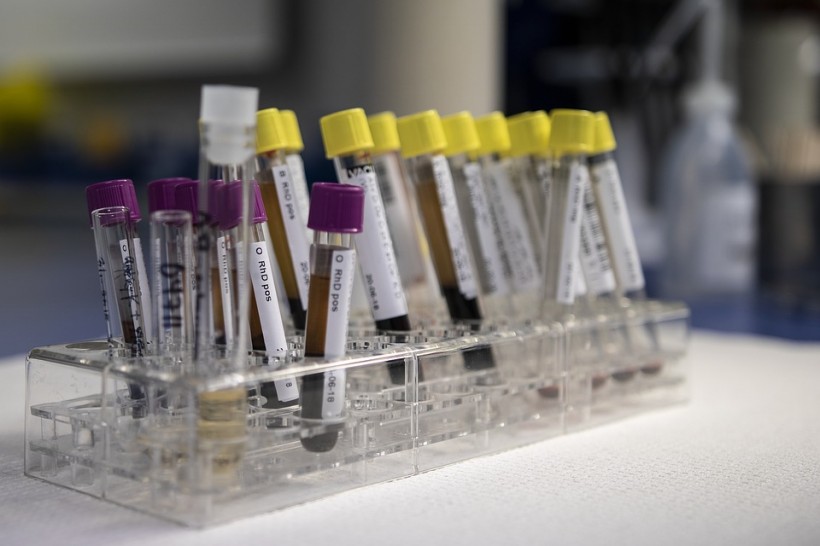 If a pre-seed company can raise $125,000 from angel investors in 10 minutes, it’s obvious the company has done something right.

In the case of Maritime BioLoggers, what they did right was pivot to help hospitals and pharmaceutical companies improve the transportation of blood samples.

The Halifax company got started a few years ago to help chart the movement of marine species, but last year it began asking healthcare providers whether they could use the BioLoggers technology. The response was overwhelming, and it is about to launch pilot projects with nine European hospitals.

“They were insanely willing to talk to us, which was really surprising,” said Co-Founder Franziska Broell in an interview. “We had long conversations and started to understand there was a huge value in what we were doing.”

A native of Germany, Broell came to Halifax for her PhD in biology at Dalhousie University, where she linked up with Andre Bezanson, a PhD candidate in biomedical engineering. Together, they devised a sensor product that could be tagged to marine animals to track their movements.

After their product was featured in Canadian Geographic and on CBC, oceans researchers began to contact them to buy the product. Broell and Bezanson formed a small business while they continued with their other (mainly academic) pursuits. Their only sales process was to set up a website and wait for people to contact them. They had sales of $150,000 over two years and also got requests from a hospital and pharma company for the product.

By the time the team entered the Creative Destruction Lab-Atlantic last autumn, they realized they had a problem. Each marine application required customization because a tag for, say, a scallop was different than a tag for a blue whale. They explained to their CDL mentors that they couldn’t grow their business exponentially if they had to customize the sensors for each customer.

Then they mentioned they had been contacted by a hospital and a pharma company.

The CDL mentors encouraged Broell and Bezanson to explore the healthcare opportunities and the pair found that hospitals alone constituted a huge market for them. Hospitals around the world conduct millions of blood tests each day, and blood samples can be ruined by vibrations, shocks or changes in temperature during transit. The Maritime BioLogger tags can be attached to samples to make sure blood is transported properly or identify problems in blood transportation.

Since November, Broell has been talking to several hospitals and pharma companies. She’s mum about the pharma opportunity, but said the team will soon work with nine European hospitals on three-month pilot projects.

When they reported their progress to the mentors at CDL, Broell and Bezanson told them BioLoggers needed capital to implement the new strategy. Within 10 minutes, they had commitments of $125,000 in funding from five investors. The cheques arrived two weeks later.

Broell said the new business model has happened quickly and she and Bezanson still have things to work out, like how they will price their product and what to do about the residual demand from marine  researchers.

There’s one problem they have sorted out: They’ve agreed on a name-change as the word “Maritime” no longer describes their business. But Broell said they’re not quite ready to reveal the new name.