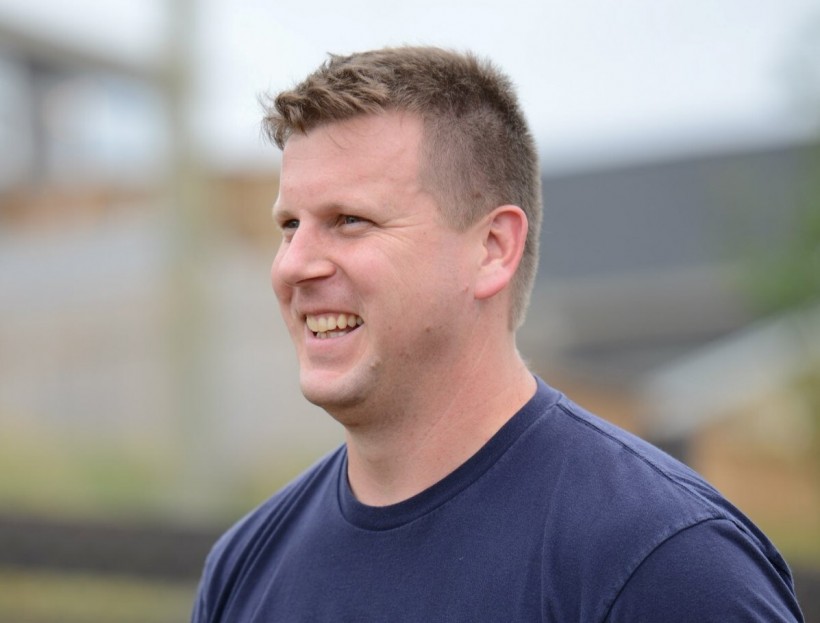 Avalon Holographics is one of those exciting startups that require a leap of imagination to fully grasp what its technology could do in the short-term, let alone years from now.

The St. John’s company wants to use hologaphics – three-dimensional images produced by disruptions in light beams – to revolutionize the way people use visual displays like computer screens, TV monitors or even cellphones. It’s a market currently worth about $150 billion. When Founder and CEO Wally Haas lists the possibilities, he ends by adding, “and others not yet imagined.”

Haas and his team envisage a world in which we view things not on a two dimensional screen but with three dimensional images beamed from holographic display surfaces. People could use the technology without wearing a headset, like in virtual reality.

“It’s a way to control light,” said Haas in a phone interview last week. “It’s a holographic display that allows us to perceive the data as if it were real,  . . . as if you were experiencing it in real life. It’s configurable to different situations.”

Haas is a seasoned tech entrepreneur, who sold his first business Avalon Microelectronics to San Jose, Calif.-based Altera Corp. (now part of Intel) in 2010. The price was never disclosed, but it was enough that Haas himself has funded the growth of Avalon Holographics to more than 50 employees, including 16 PhDs.

The inspiration for Haas’s second venture came one night when he was watching Ironman II. The hero Tony Stark was in his lab trying to conceive of a new element, and using holographic projections to visualize new chemicals. Haas seized on the idea that this would be the next wave of visualization technology, and he wanted to be part of it.

Five years along, Avalon Holographics has a product in the market, which allows professionals in various fields to see and manipulate images in three dimensions, and to work with a virtual object as if it existed in the physical world.

Since last year, the company has been selling its product to clients on a contract basis, though it has yet to sell a full hardware system. Haas won’t reveal names or numbers of customers, but said Avalon is targeting the defence and medical imaging industries as early adopters.

Haas said the product can help engineers and designers work on complicated machinery in a virtual way before trying to build it. It can also help surgeons and other medical professionals understand what’s inside a human body more fully than can be deduced from X-rays or CT scans.

Avalon’s YouTube channel displays a few applications, including a battle simulation resembling a game of Battleship. In this 3D simulation, the action is not restricted to surface ships. Users can work with jet fighters in the air and submarines beneath the water’s surface, maneuvering amid rocky  outcrops on the ocean floor.

Eventually, Haas would like the product to be able to beam images that can fill an entire room.

“If you were in a room and every surface was covered with a holographic screen, then images could appear anywhere,” said Haas. “You would have to have an incredible amount of light sources. That’s probably about 10 years away.”

Avalon Holographics is one of two Atlantic Canadian companies (along with Halifax-based Proof, which produces software to help government decision-makers)  that have just been accepted into 48 Hours in the Valley, that’s the weekend bootcamp for Canadian startups organized by C100, the group that helps Canadian entrepreneurs navigate Silicon Valley.

Because of the COVID-19 crisis, the Silicon Valley sessions have been delayed until October, and Haas hopes to use the event to meet investors who may be interested in the company’s first funding round. He declined to say how much the company hopes to raise.