The Cape Breton company and its Nigerian partner will produce environmentally friendly oils, lubricants and cleaners. 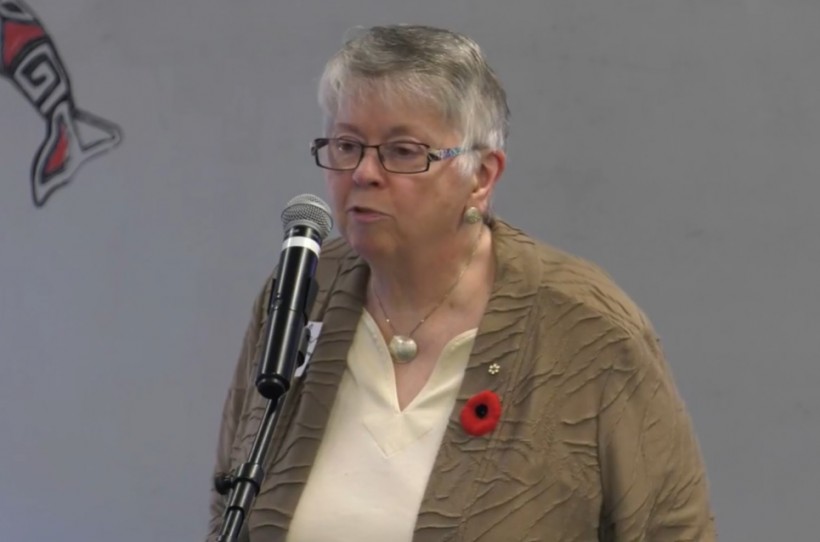 Airesun Global, a Cape Breton company that makes industrial oils, cleaners and lubricants out of seed oil, has signed two contracts worth a total of almost $160 million.

The Sydney-area company held a press conference Tuesday announcing it had signed a two-year, $150 million agreement under which Jolomi Engineering Services of Delta State, Nigeria, will adapt Airesun’s processor/extractor technology. In June, it signed a $6.75 million deal with ASAF Fabrication of Dubai.

These deals should provide Airesun with working capital that will allow it to establish a corporate headquarters in the Sydney area, provide salaries for its 20-22 team members and begin converting seeds into environmentally friendly industrial products.

“We have two contracts now but we have a few more coming along, and there is no such thing as a small contract with this company,” said COO Jacquelyn Scott in an interview. “People really want this product.”

The Airesun story began with Founding CEO Thomas O’Keefe, a music industry entrepreneur, award-winning fiddler and garage inventor. He spent years working with researchers in Manitoba on developing products from seeds, including oils and lubricants that can replace industrial products now made from petrochemicals. The Airesun products are non-toxic, 100 percent bio-degradable, as effective as their competitors and cost-competitive, said Scott.

O’Keefe launched the company in 2014, with initial sales in Europe. The demand outpaced his production capacity, so he retrenched, building up a team of experienced researchers and business people, mainly in his native Cape Breton. Scott, an Officer of the Order of Canada and former President of Cape Breton University, joined in early 2019.

With the Nigerian contract, Jolomi Engineering will establish an initial Airesun processor/extractor unit – known as an “Airepod” – in Nigeria. The plan is for there eventually to be more than 20 Airepods in Nigeria and neighboring countries.

The first feedstock for these units will be canola and soy from the Canadian prairies. Airesun’s current signed contracts and “off-take agreements” would use about 1 million acres of canola, or 5.4 percent of Canada’s canola crop, said the company. Airesun will establish a Manitoba office in the coming months to oversee this side of the operation.

In the next few years, the parties plan to produce some of the feedstock in Nigeria. The Nigerian community of Koko and the Delta State government have signed an agreement to allocate 100,000 acres of farmland to Airesun Global Nigeria, where peanuts will be grownh for this project.

Peanuts will be pressed to produce oil for Airesun and also high-protein “meal” for both human and animal consumption, which assists in strengthening food security for Nigeria’s growing population.  A further by-product, glycerin, has many industrial and pharmaceutical uses.

“This project and the commercial contract will also contribute as many as 3,000 Nigerian jobs in farming, processing and other downstream activities of the products produced,” said Airesun in a statement.

So far, Airesun has been financed mainly with investments from friends and family, and some IRAP grants it secured in collaboration with the Verschuren Centre for Sustainability in Energy and the Environment at Cape Breton University.

“We now have 20 to 22 staff and all of us have not earned any cash yet, and some of us have been working for the company for two or three years,” said Scott. “We just believe in the product.”

One final note about the management team is that it is dominated by senior citizens – so much so that Scott jokingly refers to it as a “geriatric startup.” She said she’s the oldest at 75, but several members are getting up there.

“We are all experienced, and it’s one of the great advantages we have,” she said. “You don’t have to be 25 to get an idea for a startup.”