The company's test can quickly tell whether someone has antibodies that can ward off COVID-19. 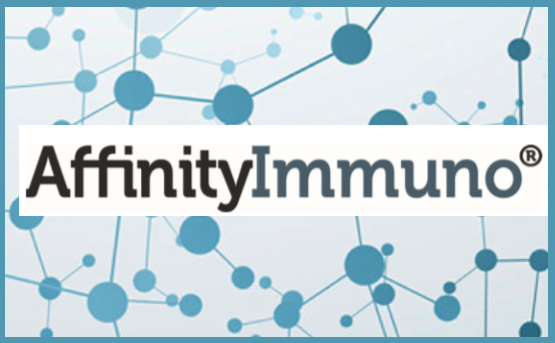 Charlottetown-based AffinityImmuno is looking for a larger partner to licence out its product that tests whether a person has antibodies that can ward off COVID-19.

The four-year-old company specializes in antibodies, which are proteins used by the human body’s immune system to search out “foreign invaders” like viruses, bacteria, fungi or parasites. Once the antibodies detect these invaders, other parts of the immune system set out to destroy them.

The company last week was one of three finalists in the BioInnovation Challenge, or BIC, the annual pitching competition for life sciences companies in the region.

AffinityImmuno began life as a services company, providing R&D support for drug discovery companies, often engineering custom antibodies for them. The BIC pitch focused on its leading product, which is an antibody test – the technical term is “surrogate virus neutralization test” – for SARS-CoV-2, which is the virus that causes COVID-19. The test can be used to measure patients’ responses to possible vaccines, track the spread of the virus in the population and monitor how long immunity lasts in recovered patients.

The husband-and-wife Co-Founders Jonathan and Amir Zuccolo are now pushing that product into the market while continuing with the service business – a hefty workload for the four-member team.

“The idea right now is to license the product, so we’re looking for a partner who knows the complicated parts of the regulatory process,” Jonathan Zuccolo, whose official title is Director of Research, said in an interview Friday. “We don’t have manufacturing capabilities for more than 5000 tests per week, and demand for this is way, way, way bigger than that.”

The pair of biologist/entrepreneurs met at university in Vancouver several years ago. After completing their PhDs at University of Calgary, they did post-doctoral research at the Oklahoma Health Science Center in Oklahoma City. Then Amir landed a job at University of Prince Edward Island, and Jonathan decided to start a company to keep busy.

AffinityImmuno grew a solid book of business, engineering antibodies for drug researchers around the world. The company now has 27 distributors and 60 customers in 29 countries, from advanced economies like Britain and the U.S. to emerging nations like Egypt and Morocco.

Read our Article on the BioInnovation Challenge, won by SwiftSure Innovations.

In January, AffinityImmuno was contacted by a customer in China that wanted it to engineer an antibody that could be used in tests on a new virus called COVID-19. AffinityImmuno produced the antibody within 20 days.

“It turns out, we were the first company in Canada, if not one of the first globally, that had antibodies available for research into COVID-19,” said Jonathan. “Because of that, we started to get a lot of attention, calls from customers, media interviews.”

That led to the surrogate virus neutralization test, which tells whether naturally occurring antibodies can prevent the COVID-19 virus from binding to ACE2 receptors, from which the virus attacks internal organs. There are a lot of tests to determine the presence of antibodies – the Food and Drug Administration in the U.S. has received 236 tests for approval and already rejected 127.

However, AffinityImmuno is one of only two companies whose tests can determine whether antibodies can protect against COVID, said Director of Quality Amir Zuccolo during her BIC pitch.

“We’ve demonstrated that our test is efficacious with COVID-19 sera,” she said. “Our test is fast, specific and effective.”

The company now has a provisional patent on the test, which is being used by researchers. It is going through the regulatory process with Health Canada and the FDA, and would like to licence the test out to a larger company that could navigate the complicated regulatory path.

Asked if the company is looking for equity capital, Jonathan Zuccolo said that AffinityImmuno would consider it but again would prefer an investor that understands the regulatory process.

The company is not growing its team immediately, though it will likely take on some sales and marketing talent at some point. But its four members are stretched as they are forging ahead with their product without letting up on their service business.

“We’re pretty busy right now and we have our core biz and we can’t turn away our core clients,” said Jonathan Zuccolo. “So right now it’s full-steam ahead. We have no plans to scale back on any of it.”