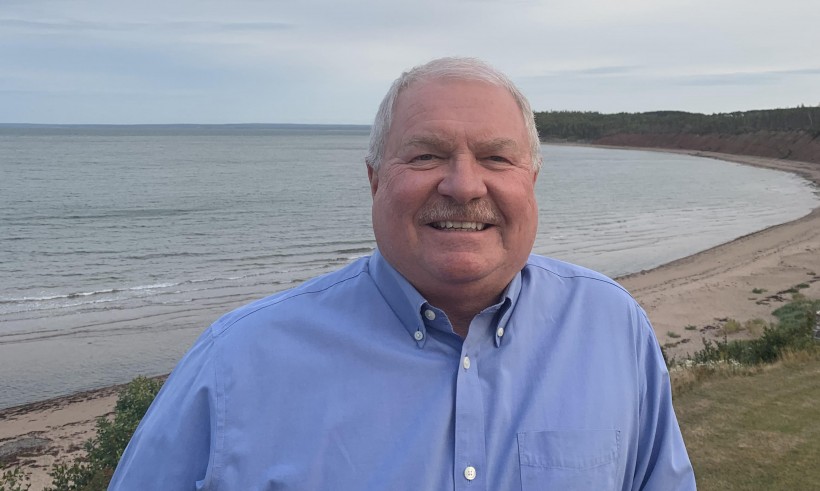 An Antigonish company developing lobster bait that relies on sound instead of fish, circumventing bait shortages, is preparing to start testing its technology this fall.

Peter Nicholson is the majority owner of Acoustic Bait Technologies, which he founded with his business partner, Chet Chisholm, in summer, 2019. With the help of professors David Barclay at Dalhousie University and Russell Wyeth at St. Francis Xavier University, the duo have recorded the sounds lobsters make when they eat, with the hypothesis that other lobsters might be drawn to the noise in hopes of elbowing in on the meal.

This coming Tuesday, the Dartmouth-based Ocean Startup Challenge will announce that Acoustic Bait has won a $25,000 prize from the accelerator’s “Idea” stream for pre-revenue companies. Nicholson is one of several First Nations founders in the program.

“I get up in the morning and I look out over St George's Bay,” said Nicholson in an interview. “And every morning, I see the [fishing] boats going back and forth...

“I go down to the wharf and everybody's talking about bait and complaining about bait. So I was sitting in my living room looking out, and I thought, ‘Jeez, what if I was a lobster out there? What would attract me to a trap?’”

Atlantic Canada’s lobster fishery is plagued by a shortage of the herring, mackerel and red fish it has traditionally relied on for bait. Fishers can source frozen bait fish from elsewhere in the world, including Japan, but prices are steep.

Nicholson and his team have received a research fishing license that will allow them to fish for lobster outside of the usual season. If they test their hypothesis on wild lobsters and it proves sound, Acoustic Bait will start building a battery-powered speaker small enough to fit in a lobster trap.

The speaker will compete with synthetic bait systems like the joint project between Nova Scotia’s Clare Machine Works and North Carolina’s Kepley BioSystems -- OrganoBait. But synthetic baits work by dissolving in water and must be replaced.

“I don't know how popular synthetic bait has really become,” said Nicholson. “It's the fishers that will drive the product. It will be entirely up to them, and whatever they have succeeded with, they'll use.”

Also buttressing Acoustic Bait’s prospects, according to Nicholson, is the company’s location in the centre of the world’s largest market for lobster bait.

About two-thirds of the global lobster bait market is located along the stretch of coastline between St. John’s, Newfoundland and Labrador, and Boston, Massachusetts, according to Acoustic Bait’s pitch deck. Canada’s share of the global market is worth about $354 million annually, and the United States’ share is $335 million.

Acoustic Bait has not raised capital yet, with Nicholson preferring to wait until after this fall’s testing proves or disproves his hypothesis. But he has received $45,000 of non-dilutive funding from Nova Scotia Business Inc., Dalhousie's Ocean Frontier Institute and the Nova Scotia Department of Fisheries and Aquaculture. The Ocean Startup Challenge prize will bring that total to $70,000.

Nicholson -- who was raised in Nova Scotia, but whose family is from an Ojibwe community in Ontario -- added that he believes initiatives like the Ocean Startup Challenge’s Indigenous Ocean Entrepreneur award offer valuable opportunities to First Nations entrepreneurs.

“If there are special opportunities that arise, you know -- and a good example is this ocean challenge category that they created for First Nations -- I think that's wonderful, because it opens the door for more opportunity for First Nations,” he said.