The cybersecurity startup says its Series A could come as soon as next year. 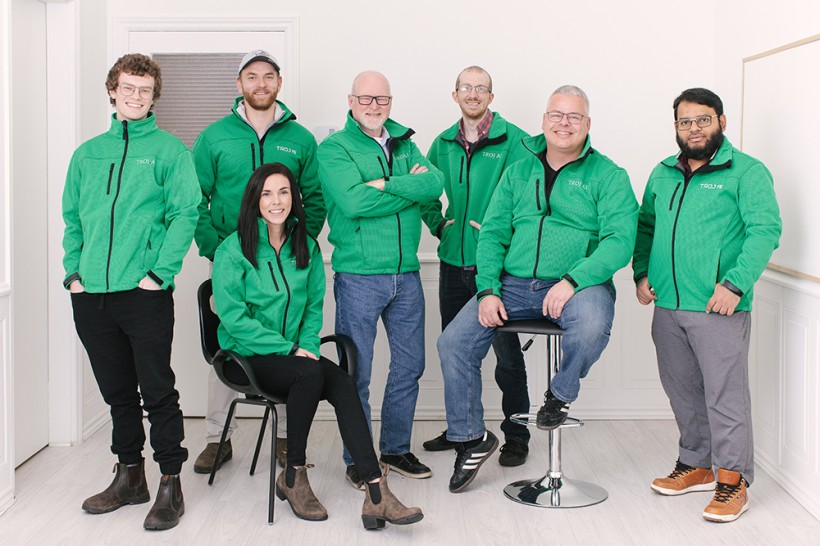 In the wake of commercializing its product last summer, Saint John cybersecurity firm TrojAI has raised a $3 million seed round led by Halifax’s Build Ventures and Seattle’s Flying Fish Ventures, which was co-founded by former Microsoft, Amazon and Getty Images execs.

The funding follows a $750,000 pre-seed round last January, and at the time, COO Stephen Goddard told Entrevestor he was already eyeing another raise. Now, CEO James Stewart has said in an interview that a Series A funding round could come as soon as next year.

TrojAI’s software is designed to prevent cyberattacks hidden in the data used to train artificial intelligence programs. AI systems learn by being fed reams of information, such as photos, and searching for patterns, but sophisticated hackers can conceal malware in the same data. The company’s technology is meant to prevent both deliberate attacks and accidental damage caused by more organic edge cases -- a service intended primarily for large corporations already using AI for real-world business applications.

"As more companies speed to get AI solutions to market few are prepared for, or even aware of the very real security threats that can be introduced with malicious data injected into training sets," said Frank Chang, managing partner at Flying Fish, in a press release. "TrojAI is the only company we've seen that has the team and technology to identify and remove it."

Stewart and Goddard began selling their technology commercially last summer and have bagged a “handful” of Fortune 100 and Fortune 500 companies as their first customers.

The TrojAI team is focusing specifically on large enterprises because they tend to be the businesses that are using artificial intelligence at scale. In a few years, as AI becomes more ubiquitous, he expects that TrojAI’s addressable market will grow to include more medium-sized companies.

“It's very large enterprises that are at the most advanced in their deployment of using artificial intelligence, both computer vision and natural language processing -- the two areas that we're currently focused on,” said Goddard.

That client base was instrumental to the seed round, which Goddard said was made more complex by TrojAI’s status as a deep-tech company. Few venture capital firms have the subject matter expertise to properly conduct due diligence on artificial intelligence companies, which made it difficult for Stewart and Goddard to find a lead investor.

“When we went through Techstars and we talked to other startups that are really pushing, especially deep tech, pre-revenue, to execute on a decent seed round, you’ve basically got to target about 200 VCs and hope to get 100 of those to talk to,” he said. “And you hope that 50 of those get into a deeper level of due diligence, you hope to get 10 of those really looking hard at you and you end up somewhere with one, two or three investors.”

The duo are using the funds from the seed round to expand their staff from eight to 12 people, and the four new technical hires officially started work Tuesday.

One of the team’s main focuses in 2022 will be increasing direct communication between TrojAI’s software developers and its customers, rather than relying on dedicated customer success staff. Goddard said he hopes the new strategy will allow the programmers to more quickly and precisely tailor TrojAI to clients’ needs.

“We're kind of calling it our new lens for 2022, is to look at our products through the eyes of the customer,” he said. “And of course, the only way we're going to be able to do that is to have all of our product people at some point be engaged in client discussions, whether it be onboarding, whether it be feedback, troubleshooting.

“And then, hopefully, in the exciting part is on developing new features. We want that to be driven by the clients, to figure out what ‘Where does the client need our product to land?’”