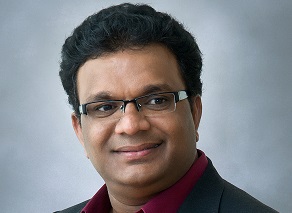 Vijai Karthigesu: 'We need to inject capital to scale.'

Sydney-based Swarmio Media, which helps reduce lag times in video gaming, has begun the process of listing on the TSX Venture exchange and raising about $6 million in development capital.

Formerly called Ubique, Swarmio earlier this month filed documents with regulators outlining how it will gain the listing through a capital pool company, or CPC, transaction. Swarmio will do a reverse takeover with a publicly listed shell company called Cairo Resources to secure its listing on the TSX Venture Exchange. Leading up to and during the transaction, which is expected in the first quarter of 2020, Swarmio intends to sell $6 million in shares to fund future growth.

“We are at the stage where we need to scale,” said CEO Vijai Karthigesu in a phone interview on Monday. “There are 2.5 billion gamers in the world and two-thirds of them live in Asia and Latin America. . . . We need to target these regions so what we need is a lot of money. We need to inject capital to scale.”

One of the company’s largest shareholders is Innovacorp, the Nova Scotia early-stage VC agency, which has invested $2.5 million in the company. Innovacorp Vice President of Investment Andrew Ray said in an email it intends to hold on to its Swarmio shares after the listing, though he added the public listing will make an exit easier when the time to sell does come.

Swarmio aims to solve a huge problem with multi-player online games. When players in different parts of the world are playing one another, the system is much faster for the player closest to the server, giving that player an unfair advantage. Swarmio’s solution is to develop a network of remote servers, so the players are always playing on a server based roughly equal distances from each of them. Swarmio is a decentralized eSports platform with an automated tournament management system. Today, Swarmio's platform connects more than 170 data centers in more than 70 regions globally.

Video gaming has become the world’s largest entertainment market with US$139 billion in revenue, and esports have grown dramatically, among both players and spectators.

As well as its market changing, Swarmio’s sales focus has evolved. It began by targeting gamers themselves but realized the more efficient go-to-market strategy lay in targeting telecom companies.

Karthigesu said the company chose a stock market listing because there is a dearth of venture capital funds in Canada that engage in Series A funding, which he described as a $6 million-to-$20 million range.

Karthigesu admits that he’s personally in “uncharted territory” in heading a listed company and that there are risks involved in a public listing. But he’s confident his company will be able to generate revenue growth and that there are unappreciated benefits in a public listing. Above all, he said, it’s easier to raise capital for acquisitions as a public company, which can boost growth.

The fund-raising will mean growth in the company’s Sydney and Halifax offices. With six employees, Sydney is now the company’s operations centre and Karthigesu envisions hiring more junior engineers and technicians who can help clients around the world implement the system. Swarmio is now looking for office space in Halifax as it grows its three-member development team in the city.

Karthigesu is already looking beyond growth in Latin America and Africa and setting his sights on larger markets.

“As soon as we raise the money, we are putting all our efforts into expanding,” he said. “Once we have Asia and LatAm taken care of, we are making plans to look at Africa and Australia.”