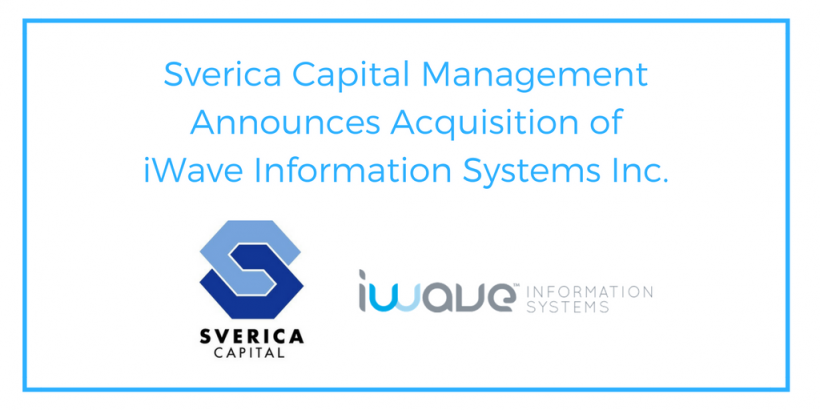 Sverica Capital Management LLC of San Francisco announced last week it had acquired the company from Jamie Hill of Charlottetown for an undisclosed sum.

Sverica is a private equity fund, meaning it takes major or total stakes in companies with strong and stable cash flow, and works with the management to further growth. The new owner will retain current CEO Gerry Lawless and appoint Ross Beattie as Executive Director and Vice Chairman to strengthen the management team.

“IWave has a great opportunity to build upon its momentum, and we are excited to partner with Sverica as we continue to grow,” Beattie, the former CEO of HGS Canada, said in a statement. “IWave is well positioned to become the leading provider of fundraising intelligence, and we look forward to leveraging Sverica’s experience in realizing that vision.”

Founded in 1991, iWave helps not-for-profit organizations understand their donors and customers. It provides data and proprietary analytics to help these organizations understand who to ask for money and how and when to do so. For the past five years, iWave has been one of the fastest growing prospect research software companies in North America and now serves more than 2,000 clients. Its clients include universities like Yale and Stanford and organizations like Doctors Without Borders and the Smithsonian Institute.

PEI's Tunedly to Pitch at Startupfest

The statement said the partnership with Sverica will further the company’s goal to become a stronger global prospect research data and software company.

“Partnering with Sverica will expand our capacity to deliver the best value for our client organizations, provide rewarding careers for our team members and create value for our stakeholders,” said Lawless. “Most importantly, this will position us to build on our long-term strategy to produce a category leading-company that fundamentally changes the way nonprofits find major gifts to support their great causes.”

The iWave deal is the second exit announced publicly this year. In February, STI Technologies of Halifax announced that it had been bought by the American multinational QuintilesIMS. The parties did not disclose the price, though press reports said the price was about $200 million.

Sverica is lower-middle-market-focused buyout fund that has raised over $700 million of investment capital across four funds.  The firm acquires and actively builds companies that are, or could become, leaders in their industries.

Sverica is active in working with its portfolio companies, and devotes significant internal resources to help its management teams develop and execute growth strategies.  The iWave acquisition marks Sverica’s third investment made from its fourth fund.

“Gerry and the iWave team have built a great company that has experienced significant growth over the past five years while serving their clients with a powerful data-driven software solution,” said Sverica Managing Director Jordan Richards. “We are excited to partner with Ross and Gerry and reinvest back into the Company to create new avenues of growth and opportunity for the Company’s employees, customers, and partners.”