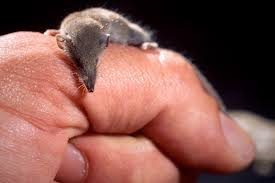 Sackville, N.B.-based Soricimed Biopharma Inc. has received positive initial readings from the Phase 1 trials of its flagship compound SOR-C13, including indications that it can stabilize some cancer tumours.

Sor-C13 is a peptide, or a naturally occurring biological molecule, that clings to the calcium in a cancer cell and deprives it of oxygen, thereby killing the tumour. Soricimed hopes to establish that it is an effective means of treating cancer with minimal suffering for the patient.

The company last year conducted trials with 22 patients with advanced solid-tumour cancer in Hamilton and London, Ont., and Houston, Texas. The goal was to gain Phase 1 approval from both Health Canada and the U.S. Food and Drug Administration.

Phase 1 trials are designed to establish that a drug is safe for use in humans. The next step in bringing the product to market will be Phase 2 trials, which are far more costly and aim to prove the drug’s efficacy.

In Praise of NB's Biotech Community

In a statement Tuesday, Soricimed said the compound was safe for humans, who tolerated it well. There were no serious side effects reported. Some 30 percent of the patients experienced some fatigue, but the company said all but one of these cases were attributed to something other than the drug itself.

The tests also showed that more than half the patients – whose previous anti-cancer treatments had all failed – saw their condition stabilize after taking the drug.

“Anti-tumour activity was observed across a wide variety of tumour types,” said the statement. “Twelve of 22 evaluable subjects (54.5%) had stable disease after 2 cycles.” (Each cycle lasted 21 days.)

Soricimed said one patient is still on the treatment and the disease is stable after 17 cycles, or 12 months. Two patients with advanced pancreatic cancer experienced a shrinkage of their tumours by 7 percent and 27 percent after two treatment cycles.

“These data are promising because they demonstrate a very good safety and tolerability profile for SOR-C13 at doses associated with activity against a spectrum of advanced solid-tumour cancers,” said Soricimed President and CEO Paul Gunn in the statement.

He added the company expects to get the full results by the end of March.

Soricimed Chief Development Officer Toney Ilenchuk said the company will determine the next steps in SOR-C13’s path to market once it has the full results of this study in hand. The next steps could include “Phase 1-2 studies in specific cancer types to incorporate a recommended Phase 2 dose.”

Soricimed plans to report the full results and analysis of the Phase 1 study at an international cancer conference later this year.

In an interview last summer, Gunn said the company could partner with another pharma company after the Phase 1 tests.

“They would be in on the finishing of Phase 2 and Phase 3 and getting the product to market,” he said.

Soricimed began earlier in the century when Mount Allison professor Jack Stewart – now the Chairman and Chief Scientific Officer – discovered interesting medical properties in the saliva of the northern short-tailed shrew. After further research, Stewart’s team isolated the key compound in the saliva and learned that among other things it could be used to treat cancer.

They have also discovered that the drug binds to calcium in tumours in such a way that it can become a delivery system for other drugs.

As of last summer, the company had raised $18 million dollars (about half of it equity investments from angel investors) to get to the Phase 1 trials. Phase II trials are known to cost hundreds of millions of dollars, so the company has been in touch with about 20 major pharma companies, some of whom have signed non-disclosure agreements.