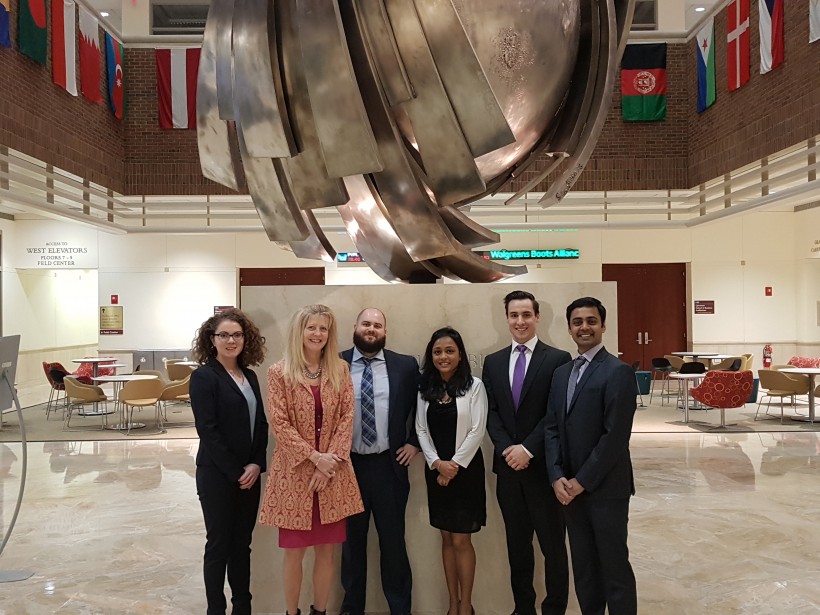 A team from the Sobey School of Business had an exciting weekend at the Venture Capital Investment Competition in Boston, taking home the silver medal and beating teams from prestigious schools like Yale, Massachusetts Institute of Technology, and Dartmouth.

The team from the St. Mary's University business school, comprising students from the university’s venture capital fund Venture Grade, attended the competition in Boston and tied for first place with Rochester University. SMU ended up taking home second place after a tie-breaking round.

The VCIC is a tri-continental event in which student teams are given an imaginary $100 million to invest in one of three pitching startups at the event.

“It is an unbelievably gruelling competition,” Ellen Farrell, professor of venture capital and entrepreneurship at SMU, said in an email after the competition.  “The excitement is palpable around the university.”

Three participating entrepreneurs pitched the teams to start the competition, after which the VC teams had 14-minute one-on-one meetings with each presenter. Then the teams had one hour to complete a term sheet for their investee of choice.

SMU’s team turned in a four-page term sheet, which included an analysis of its favourite company. It also detailed the reasons for rejecting the other two pitches.

From there, the top two teams were chosen to come back and negotiate with their chosen entrepreneur. The judges, who were all experienced venture capitalists, voted on the winner.

SMU’s team made it to the final, where the judges’ votes were split, six for Rochester and six for SMU.

In order to break the tie, the head of the organization was called on to look at the teams’ discussions with the entrepreneurs during the first event. In the end Rochester came out on top with SMU right at its heels.

In March, SMU will host its own VCIC event, becoming the first Canadian University to host the competition. For ethical reasons, the Venture Grade team is not allowed to compete in SMU’s competition but was invited to go to Boston.

“We are the new hosts for the Canadian event, which means we cannot compete in our own event,” said Farrell. “Being invited to participate against the Boston elite was an unexpected win-win of securing the Canadian host bid."

Venture Grade’s team was made up of six SMU students: Findlay Hilchie; Stephanie Fitzner; David Hatcher; Avinast Chandrapati; Anu Gupta; and Stu Clow as a stand in. The team prepared for the competition with support from Build Ventures, Innovacorp and a representative of Progress Partners of Boston.

Venture Grade is a student-run venture capital fund at SMU. Its students are responsible for raising the funds on their own and so far, it has raised over $200,000 since its inception in 2016.

Disclosure: SMU is a client of Entrevestor.