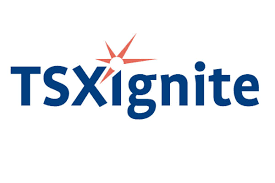 Entrepreneurs should seek financing for their businesses from unexpected sources, rather than just relying on equity investment and revenue, a conference in Halifax heard on Tuesday.

The TSX Ignite conference in Nova Scotia featured a series of panel discussions on entrepreneurship, including one titled “Funding Options that You’re Probably Ignoring.” Its panelists reviewed options like crowdfunding, advanced payment tools and less-known government programs to get money into businesses.

“If you run a business, think about that business holistically and look at everything you’ve got in that business to get you the funding you need,” said Steven Uster, Co-Founder and CEO of Toronto-based fintech startup FundThrough.

FundThrough allows small and medium-sized businesses to accelerate payment from their invoices. If the business is invoicing creditworthy customers, FundThrough will pay the invoice within 24 hours of it being sent, claiming a small portion of the payment. Uster advised using this sort of service to place companies in a stronger cash flow position, thereby using existing cash more effectively.

Lawyer Jeff Hoyt, a Partner at McInnes Cooper, said a lot of his clients are looking at equity crowdfunding, especially since two different regulatory regimes have been introduced in the past year in most Canadian provinces. He advises caution when looking at crowdfunding, asking his clients if they really want the burden of dealing with hundreds of shareholders. He urges his clients to “raise the maximum amount possible from the fewest number of people possible.”

David Eisnor, Business Development Manager at Futurpreneur Canada, encouraged entrepreneurs to research all the programs available and tap organizations like Futurpreneur or the Centre for Entrepreneurship Education and Development, or Ceed. It starts with a thorough Google search, he said.

TSX is also encouraging successful startups to consider a listing as a means of raising capital and being able to access capital as the company grows.

Rob Peterman, Director, Global Business Development, TSX, TSXV & TSX Private Markets, said in an interview that listed companies can raise capital on listing, have swift access to additional capital later on, and use their share capital for acquisitions.

He added that 80 technology companies have listed in Toronto in the last three years and that technology has been the fastest growing segment of the market, in terms of new listings and rising market capitalization.