Having a team spread across three continents is key to the 3D modeling firm’s business model. 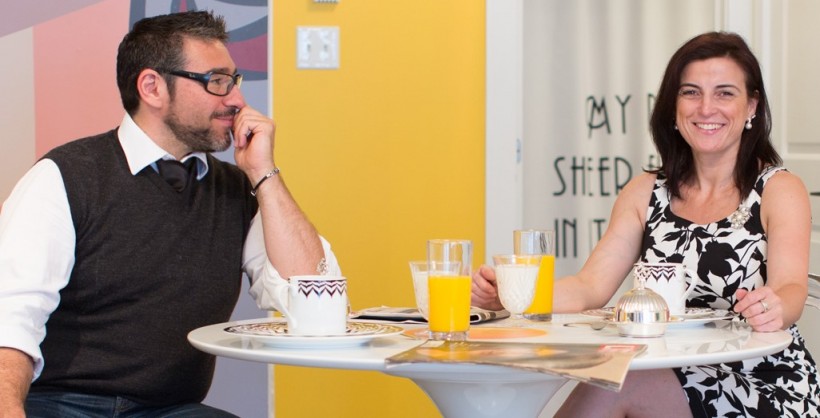 Though remote work has become commonplace in the innovation economy in the past year, a distributed team had already become essential for the business model of one Halifax startup before the pandemic.

Founded in 2016 by Mario Comando and Alessia Bosatra, Renderator makes high-definition, three-dimensional models of buildings, as well as technology for tracking how people react to the models.

Comando and Bosatra’s team sells to customers throughout the Americas, Europe and the Caribbean, and Comando said the needs of each market vary widely enough to necessitate staff in every region. Having employees work remotely also lets him and Bosatra hire and fire more quickly to respond to the needs of a specific project.

“We always work virtually,” he said in an interview. “And that is to be very elastic, especially when, in the beginning of things, when you just start off, you have an inconsistent flow of work, and you needed to shrink or expand your team very quickly."

“We don't think that we need 100 people, you know, in the short term. But if we need it, we can expand the team, basically, in a week. We have no problem.”

Renderator currently has between 40 and 45 staff, but that number fluctuates regularly.

The company’s main clients are developers who want to show their own customers 3D models of planned buildings before construction is finished. That includes real estate developers building single and multi-family homes, as well as builders of condos, student housing and assisted living facilities.

“The startup cost (for clients) is very high. Our product is very expensive,” said Comando. “I want to be honest about that, because as I said, we don't want to sacrifice quality. We don't want to cut corners.”

When the 3D model has been finished, Renderator also provides subscription services that keep the model viewable via a web browser or smartphone.

The subscription also includes tracking of user behaviour when they view the model, so that developers can see how prospective property buyers are reacting to their designs. For example, if a user stops to look closely at a particular part of the model, Renderator’s clients can see that activity.

The technology Renderator uses to build its 3D models is not part of its suite of intellectual property. But the software that lets users view the models via an online URL is proprietary, as is the system that lets developers monitor that activity.

The company is also in the process of developing a back-end software system to let developers make rapid changes to the 3D models. That system will help make Renderator’s business model more scalable, now that the team has established itself in the market.

“We (initially) said, ‘We want to spend more time working with the customers, understand their needs. And we want to give them something that is a very high quality,’” said Comando.

He declined to disclose exact revenue figures because he and Bosatra are in talks with investors, but he said Renderator’s sales have been growing at about 150 percent per year.

“Obviously, as you can imagine, 2020 was amazing for us,” he said. “Because the problem developers had was people not seeing their leasing centres or their selling centres (because of lockdowns). . . . The solution was to start using something like our application.”