The company’s web app launched last week and has drawn interest from schools. 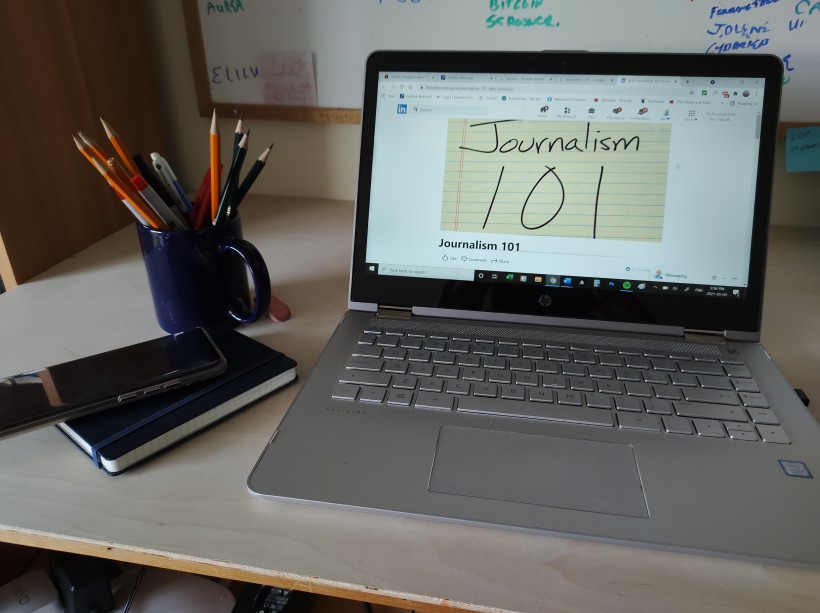 A Halifax ed-tech company is on a mission to help make children better, more thoughtful writers – by helping them create their own newspapers.

Pressto, founded by former magazine publisher Daniel Stedman, is a web app that lets children write and edit a mock newspaper and receive automated feedback on their work from an AI system.

The app, which left beta testing last week and is now available to the public, is targeted at kids in Grades 3 through 8. It lets them share their creations online or print them off to make a physical newspaper.

“Our North Star is teaching media literacy,” said Stedman in an interview. “I think that probably many people have their own definition of what that means. To me, I would say that it means developing an understanding of the meaning behind the information that we process.”

To help children learn to critically analyze the deeper meaning behind language, Stedman and his three-person team are focusing heavily on teaching the AI system to analyze the tone and intent behind writing. By becoming more conscious of the meaning carried by their own prose, children can also learn to view other people’s writing more critically.

For example, the AI system will eventually be able to make judgments about whether a piece of writing is more heavily rooted in fact or opinion. The system will also soon be able to offer more concrete tweaks, such as helping kids choose between active and passive verbs.

“We live in a time where people’s faith in truth has completely eroded and any trust that people once had in media has largely eroded,” Stedman said. “So, without necessarily trying to solve that problem globally, we at least are hoping to teach young people the difference between fact and opinion.

“These are the kinds of things that we should be teaching adults, but we're just starting with students.”

Stedman spent 15 years in New York running two local magazines, The L and Brooklyn Magazine, with his brother Scott before selling their company.

Pressto was inspired by his efforts to help his son, who was struggling to become good at writing. Stedman’s solution was to make writing practice more fun by encouraging his son to create homemade newspapers.

To meet that demand, Stedman plans to eventually expand Pressto’s offerings to include versions of the app targeted at high schoolers and post-secondary students.

Since the launch of the app last week, Stedman said he has been pleased by how much interest it has attracted from potential customers in the educational sector: “Teachers want to modernize their approach to critical writing and media literacy. And Pressto does that.”

Users can access Pressto for free while Stedman decides how to price it. He plans to eventually transition to a Software-as-a-Service model, with prices for individuals, families and schools.

His three-person team just finished a round of pre-seed funding and is now hiring programmers, customer success staff and business development specialists. He plans to have between 10 and 20 employees in time for the start of the next school year in September.