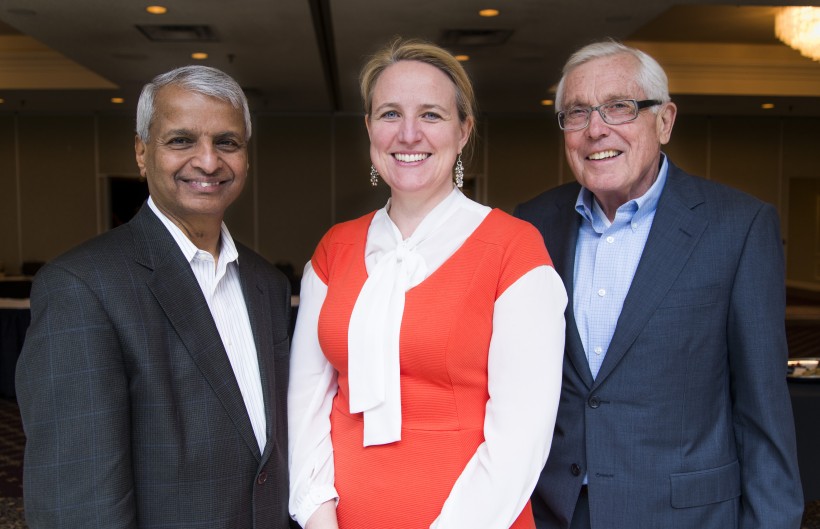 A thorough redesign of the B4 Change program at the University of New Brunswick will assist social entrepreneurs by working with regional partners to deliver more tailored and individualized programming.

A social entrepreneur is someone who founds a for-profit or non-profit venture with the aim of addressing a social or environmental issue. The sector is increasingly relevant as charities experience lower donations and consumers pressure businesses to demonstrate a social conscience.

The B4 Change accelerator is based at the Pond-Deshpande Centre at UNB in Fredericton.

It can be hard to make this kind of venture financially viable. For that reason, B4 Change stresses the need for business rigour.

“It’s about the equal importance of financial viability and social impact,” said LeBlanc.

“Some of our companies have a passion for social justice and little business acumen. Some come from the other side. They are well trained in business, but we are able to show them the social and profit benefits of building a business with social impact.”

The B4 Change accelerator graduated its first cohort of seven ventures last year. They covered a range of sectors and were at different stages of growth, causing some problems.

As a result, programming is being divided into six levels. They reflect the growth stages of companies and entrepreneurs themselves. For instance, participants in Level 1 may have no more than an interest in social entrepreneurship.

By Level 2, they are working on an idea. By Level 3, they are looking at business plans, and so on, all the way up to growing a company in Level 6.

Level 4 is being launched first, this week.

“We’re starting with Level 4 because we had demand at that level. We have a backlog of social ventures ready to go to market,” LeBlanc said.

“They will be embarking on the six-week boot camp that will be a feature of Level 4.

“By January, we hope to have introduced Level 1. Then we will add a layer every three months. By the end of next year, we hope to have Levels 1 through 4, at least in New Brunswick. That’s the hypothesis anyway. It might be a little utopian.”

Students will move through the levels at their own pace.

“Progress will be entrepreneur-driven,” LeBlanc said.

“For instance, if I’m a mompreneur with kids at home, I can get what I need when I need it.”

She said B4 Change has approached 17 organizations around Atlantic Canada about partnering in delivering programming. She said partnerships have already been struck with Fredericton’s Planet Hatch, Common Good Solutions of Nova Scotia and with LearnSphere Canada.

“The neat thing is many of our objectives are already being delivered by other organizations across Atlantic Canada,” LeBlanc said.

The New Brunswick centre, which opened in 2012, advances innovation and entrepreneurship for all entrepreneurs by facilitating collaboration among emerging and aspiring companies, students, faculty and alumni.

It works with the other Desphande centres: two in the Boston area, including one linked with the Massachusetts Institute of Technology, and one in Hubli.

LeBlanc said the B4 Change programming will remain free of charge for the near future because the course is still being honed.

“It won’t necessarily stay free, but I prefer to build these kinds of programs, create and demonstrate value, and then ask for a reasonable contribution for accessing.”