Nxtgen Grows in US Care Homes 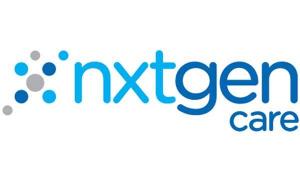 Dartmouth’s Nxtgen Care, which tracks the movements of staff and residents in assisted living facilities, is ramping up its U.S. expansion as it reshuffles its installation schedule to focus on unoccupied buildings.

The American rollout is part of Nxtgen’s deal with a major U.S. care home company to eventually install its technology in 50 facilities across five states.

Several of the homes, known in the industry as campuses, are newly completed and unoccupied. Nxtgen is prioritizing them over occupied campuses to reduce the risk of spreading COVID-19 during the setup process.

Nxtgen was founded in 2017 by Burke, President Dan LeBlanc and Chief Technology Officer Shaun Kenny. Burke owns several care homes, and LeBlanc and Kenny are alumni of SportsDirect -- a sports data startup that was acquired by Tribune Media Company.

The Nxtgen platform works by using wearable Bluetooth devices to monitor the locations of staff and residents when they are on assisted living campuses. Proximity data gathered from the wearables allows Nxtgen to assess the type and quality of residents’ social interactions.

The wearables, branded as “liveables,” use the Bluetooth Low Energy protocol, which Nxtgen favours for its range and battery performance.

Burke declined to list the exact metrics that Nxtgen analyzes because the patent process is not complete, but they involve the type and quality of personal interactions. Closer and longer-lasting physical proximity indicates more intimate social exchanges, which are important for patients’ overall well-being.

Care home workers, management and residents’ family members can use Nxtgen’s software, which is available for computers, tablets and phones, to view the data gathered in the form of easily digestible “bricks.”

Nxtgen has been marketing its product to assisted living facilities in both Canada and the United States, leveraging the industry connections that Burke has acquired via his own care homes.

Governments and regulators have also expressed interest in accessing the data gathered by Nxtgen, offering a potential second revenue stream.

Another new opportunity comes from the coronavirus pandemic. Nxtgen’s technology lends itself to detailed contact-tracing, tracking not just who breaches quarantine, but how they breach it and for how long. Eventually, the software will also have a feature to help care homes track their PPE inventories, which has presented a logistical challenge for many operators.

“[COVID-19] has had a tremendous positive impact on our business,” said Burke. “I’ve described it to many people as, our platform and our solutions were viewed by many as a ‘nice-to-have’ … Post-COVID, this is a must-have.”

The process to install and configure Nxtgen’s equipment has historically taken about a month for each campus and has to be performed by company employees. Incremental process improvements have allowed Burke’s team to cut that down to about five days for most facilities.

With COVID-19 on the rise in much of the U.S., though, any work that requires technicians to be physically present in occupied facilities poses a risk to both the technicians and the residents, prompting Nxtgen’s move to prioritize unoccupied campuses. Burke’s team is eyeing a contactless installation process, but the details are not yet ironed out.

Although Nxtgen is headquartered in Nova Scotia, Burke has moved to North Carolina to helm the company’s American expansion.

In addition to the 50-campus deal that his team has already inked, he said in an email that Nxtgen is in talks with another seven American care home operators that collectively own over 2,500 campuses.

Burke’s team so far includes 10 people, and he’s looking to hire three more -- two software developers and a director of business development for North America. By next year, he expects the team to double in size.

Nxtgen has raised about $1.5 million from both Canadian and American backers, including Innovacorp, with either another seed round or a series A round on the horizon.