MTI, Airbus Move Ahead with MetaAIR 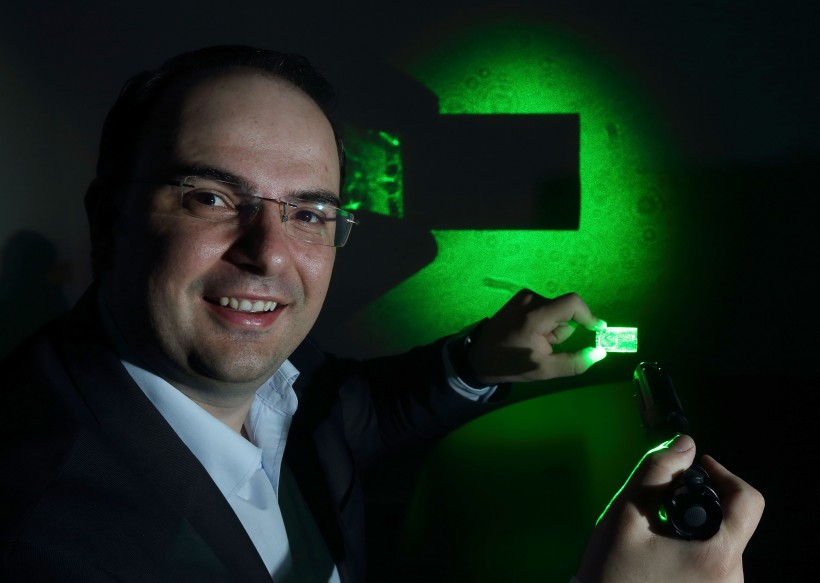 George Palikaras: 'Another milestone in our strategic partnership with Airbus.'

Halifax-based Metamaterial Technologies Inc. and its partner Airbus are moving into commercial production of metaAIR, and plan to manufacture the laser-filtering screens in the Halifax area.

MTI and the European aircraft maker held a news conference on Tuesday to announce that they would work together to “validate, certify, and commercialize” the product.  In 2014, the two parties agreed to test metaAIR, which is a screen constructed from man-made compounds that screens out laser beams even though natural light can pass through it.

The first commercial application for the product is to stick in on aircraft cockpit windows to protect pilots and co-pilots from laser attacks, which are becoming more common each year. The Federal Aviation Administration in the U.S. says the number of reported laser incidents in 2015 nearly doubled to 7,703 in commercial aviation. There were 1,439 laser incidents reported to the Civil Aviation Authority in the U.K. and almost 600 reported by Transport Canada.

"Today marks another milestone in our strategic partnership with Airbus,” said MTI Founder and CEO George Palikaras in a statement. “We are given the opportunity to propel our platform technology and learn from some of the top aerospace engineers while understanding the rigours of developing a product for the aerospace industry.”

MTI will work with Airbus through the aviation giant’s Start-up 2 Partner program, which works with startups developing disruptive technology in the aerospace industry.

In an interview, Palikaras said the company will develop a manufacturing facility in Halifax that can produce commercial volumes of the screens large enough to fit over a cockpit window.

“When we started, we wanted this to be available by the end of this year, but there are always things that come up,” he said. “We keep pushing for speed. In the meantime, there is great development happening. We’re getting excellent technical feedback.”

He said the Halifax operation will produce the screens and Airbus will be responsible for taking them through the certification process, which is required for any safety feature on an aircraft.

"We know from facts and conversation with clients that cockpit illuminations are real, immediate and increasing in frequency, [so] metaAIR will benefit our customers," said Pascal Andrei, Airbus’ Vice-President and Chief Product Security Officer. "We also see an increasing number of possible applications for metaAIR, beyond the commercial aircraft division."

Last April, MTI paid an undisclosed amount to buy a Silicon Valley company called Rolith to accelerate the development of its manufacturing facility. Palikaras said that purchase, which gave MTI a Silicon Valley office and lab, has helped it gain expertise in the manufacture of the screens. In 2015, the company announced a round of funding valued at at least $3.1 million, led by Innovacorp and the First Angel Network.

On Tuesday, MTI also announced a partnership with German materials-maker Covestro – a significant move given that Covestro has a market capitalization of 14.1 billion euros (C$19.5 billion).  The German company supplies materials used to make MetaAIR. Now MTI and Covestro plan to work together to produce eyeware for the ballistics market – a product that calls for much simpler certification than aerospace product.

Said Palikaras: "MetaAIR will provide vision protection to pilots in the aviation industry and can offer solutions in other industries including the military, transportation and glass manufacturers."