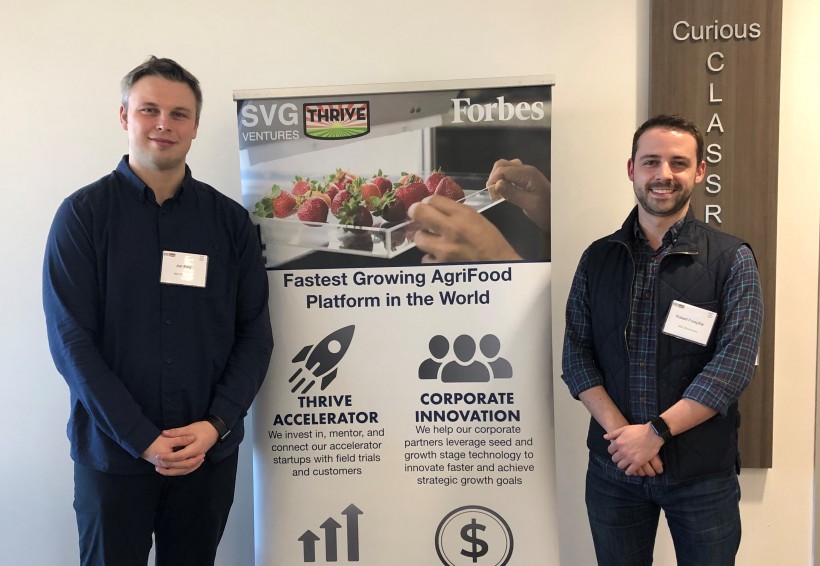 Milk Moovement, which is dedicated to improving efficiency in the dairy supply chain, has closed a $4 million equity funding round and attracted investment from a member of the first family of U.S. agriculture.

The round was led by Chattanooga, Tenn.-based Dynamo Ventures, with additional investment from three other American VC funds, Bread & Butter Ventures, Matchstick Ventures, and Better Food Ventures. The most notable investor is angel Richard Cargill, who sits on the board of Cargill, the largest agricultural business in the U.S.

The three-year-old company, co-founded by CEO Robert Forsythe and COO Jon King, will use the money to further develop its product and intensify its sales effort, focusing on the U.S. market.

“This round means a few things to us,” said Forsythe in an interview. “Most importantly, it means that we’ve got validation for the vision that Jon and I had for the company. We knew we had a big vision but having investors across the supply chain, across technology sectors, signing off on this is a big thing.”

Since it began in St. John’s in 2018, the company has been expanding across the continent. It’s now headquartered in Halifax, where the business team resides, with its development team in St. John’s and sales office in Minnesota.

King and Forsythe have gone through three American accelerators: Techstars, the Food-X program in New York City, and the Thrive accelerator in Silicon Valley. That has built up their network, and allowed them to attract an impressive team of agtech investors.

Richard Cargill brings a lot of prestige as his family’s company carries so much weight in the world of agriculture and commodities. Wikipedia says that Cargill is the largest privately held corporation in the U.S. and had revenue in 2018 of US$114.7 billion.

“The delivery of high quality, more nutritious, and even more efficient products is imperative for success in 21st-century agriculture,” said Richard Cargill in a statement. “Milk Moovement is the dairy supply chain tool that will be at the forefront of the industry’s success. What separates this team from competitors is their empathy for the challenges faced by the industry and their relentless drive to create value for customers. It has been a privilege to mentor this team and I look forward to supporting them as they grow.”

With the funding in place, Forsythe said the priority now is adding more customers in the next two years or so. The product is currently used at about 550 farms in the U.S. and Canada, giving it annual recurring revenue of about US$500,000. Forsythe said the team – which he believes will grow to 25 people within two months – aims to have the product in 3,000 to 4,000 farms within 18 months, at which time Milk Moovement aims to raise a Series A round.

Meanwhile, Milk Moovement has announced it is one of 21 companies accepted into the first cohort of the C100 Fellowship program.

Founded to help Canadian startups navigate Silicon Valley, C100 previously was known for its 48 Hours in the Valley program, in which companies would fly to the Bay Area for two days. The Fellowship program runs for eight months “to help founders navigate the full C100 network to its fullest extent.”