The two Dartmouth Oceantech companies are among 9 Canadian startups in the program. 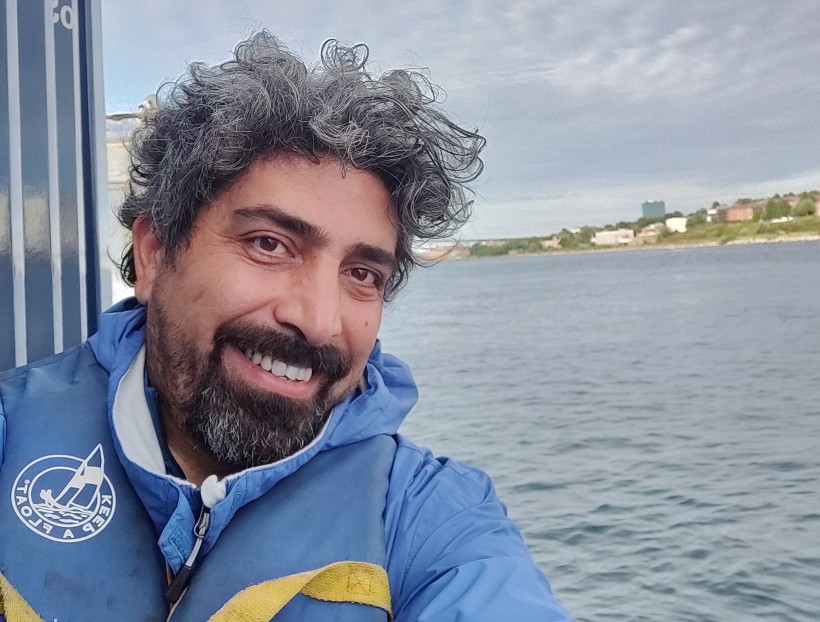 Ulaş Güntürkün, the Founder and CEO of Marecomms.

Two Dartmouth-based oceantech startups, Marecomms and Sedna Technologies, have been accepted into the MassChallenge accelerator, one of the top startup programs in the U.S.

Participation in the prestigious program would benefit any startup, but it is especially significant in the development of Marecomms, whose solution aims to improve communications with autonomous underwater vehicles, or AUVs.

The company has just completed a working prototype of its product and it needs to work with AUV manufacturers to bring the product to market. CEO Ulaş Güntürkün hopes MassChallenge will provide the connections to find these key partners.

“We are almost ready for presenting our first communications unit in the market, and I think the timing for MassChallenge is perfect,” said Güntürkün in an interview. “We are ready to engage in serious discussions with potential users.”

While Marecomms will attend the Boston cohort of MassChallenge, Sedna has entered the Rhode Island program, though all curriculum this year is offered virtually so the founders won’t leave Nova Scotia.

Sedna is dedicated to monitoring the conditions of live seafood as it moves through the supply chain. The company recently launched a hardware product called Sensor Globe, a grapefruit-sized sphere that is immersed in water with the fish or shellfish to give users real-time readings on conditions in their tanks.

“We are excited to be a part of MassChallenge to learn from their experienced mentors and take part in their growing ecosystem,” said Sedna CEO Sheamus MacDonald in an email.

Marecomms has devised a product called the Robust Acoustic Modem, or ROAM, which uses sound waves to transmit and receive images, videos, or other data wirelessly under the water at greater distances than can be achieved with current methods.

Güntürkün said electromagnetic signals are quickly absorbed in water and don’t travel long distances, and there is currently a lack of robust, reliable equipment that can send data through water in all conditions. This is a problem because monitoring “underwater assets” like oil and gas pipelines or aquaculture farms is expensive as humans have to be nearby during the inspections. That means they are carried out sporadically, and problems can occur between inspections.

In April, Marecomms finished the fully functional prototype and tested it in the North Atlantic and in shallow water. The lack of depth is important because there tends to be more distortion in shallow than deep water.  Güntürkün said the trials showed ROAM produces 10 to 100 times faster connection times and is more reliable than current products on the market.

Marecomms, which has been working with Dartmouth-based Geospectrum Technologies to develop ROAM, currently has two employees including Güntürkün and will likely hire two more staff this year. The company hopes to find an early adopter for ROAM at MassChallenge, which in turn would help in closing its initial round of funding, said Güntürkün.

MassChallenge received about 3,000 applications to its programs this year, and on Monday announced it had accepted 209 companies, nine of them from Canada.

Marecomms and Sedna are following a recent tradition of Halifax-area oceantech companies being accepted into MassChallenge. Last year, ReelData, which has developed artificial intelligence solutions for on-land aquaculture, entered the program and ended up winning a US$50,000 prize at the demo day. In 2019, Ashored Innovations won a US$75,000 platinum award at MassChallenge, meaning it finished in the top three.