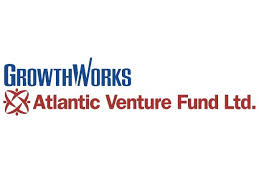 Adopting a strategy to maintain its fund without fresh investment, GrowthWorks Atlantic has borrowed $1.5 million to cover operating costs and adopted a plan to distribute funds to its shareholders over time.

The Halifax-based venture capital fundy has made the announcements in the past two months in its latest moves to adapt to changes in its regulatory environment brought in the last two years.

GrowthWorks has not raised money in a couple of years and it is now focused on managing its existing portfolio of companies.

“The fund itself is not in wind-down mode but it’s not in growth mode,” said Peter Clark, who was named CEO earlier this year. “Now that we’re not raising money, we’re working with our existing portfolio. We’re looking to harvest a few winners within the portfolio and distribute the proceeds to shareholders.”

Clark said the company is hoping to cash in on these companies either through outright exits, or by being bought out by new investors. And he stressed his team will take the time to realize the best return possible.

GrowthWorks Atlantic began life as a labour-sponsored fund – a VC fund sponsored by labour unions under federal legislation. However, the previous government scrapped the legislation under which the labour-sponsored funds operated, meaning the funds that were still around had difficulty raising more money. During the recent federal campaign, the Liberals raised the possibility of resurrecting the program, but there has been little mention of it since the election.

On Oct. 1, GrowthWorks Atlantic said it would borrow $1.5 million from three Canadian financial institutions for three years for operating capital. This came after the fund revised its management agreement to reduce costs.

The statement announcing the loan said the lenders would receive a percentage of any assets that are liquidated, and that the fund must maintain a net asset value of 10 times the amount owing. The NAV at the time was $23 million.

On Nov. 20, GrowthWorks Atlantic released another statement saying its board had approved a “pro rate redemption policy”. It states that as the fund receives money from exiting companies, its shareholders will receive a portion of the proceeds in proportion to their holding in the GrowthWorks Atlantic fund.

At the heart of the strategy at GrowthWorks Atlantic is the portfolio of companies. It’s a varied bunch of startups, but it does include some of the region’s true stars, such as Smart Skin Technologies and IntroHive, both of Fredericton. The fund’s past investments have ranged from home runs like Halifax’s STI Technologies and DHX Media, both of which were successful exits, to Origin Biomed of Halifax, which filed for creditor protection earlier this year.

Meanwhile, GrowthWorks has branched out in the last year as its Pelorus Venture Capital subsidiary has taken on the management of the Venture Newfoundland and Labrador fund, a new fund backed by the provincial government, BDC Capital and private individuals.

“We’re really happy with it,” said Clark. “We’d like to see that model extend beyond Newfoundland into the other provinces in Atlantic Canada and elsewhere.”