Ending the Atrocity of Sweat Stains 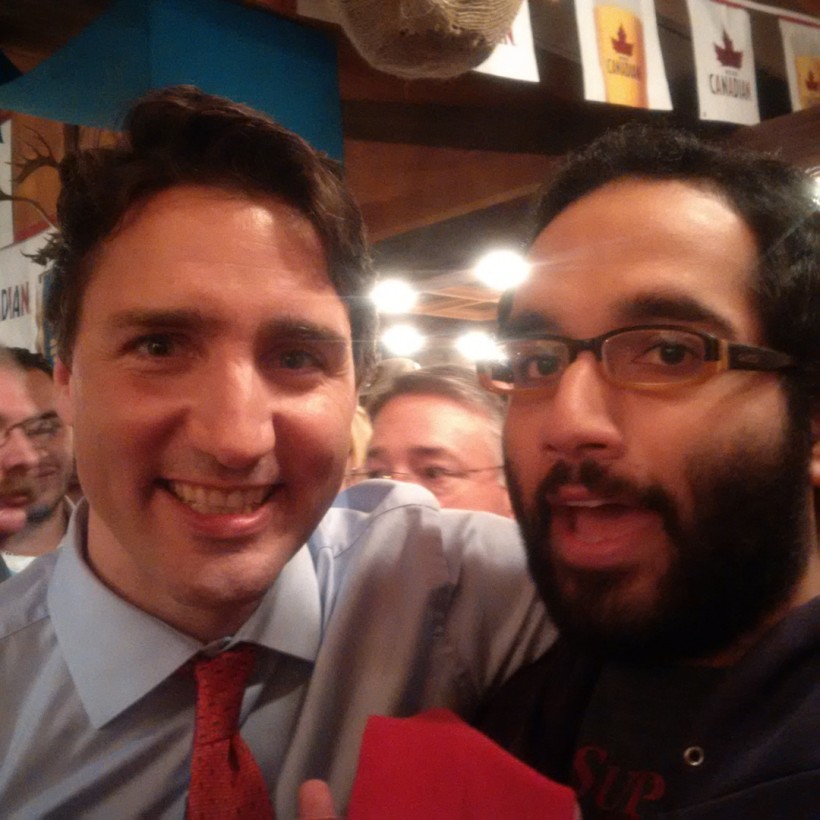 Chanakya Ramdev got the idea for SweatFree Apparel when he had to trudge to work each day in the sweltering heat of Hong Kong.

During his coop work term with the University of Waterloo’s alumni office in Hong Kong last year, he would arrive at work with embarrassing wet patches under his arm – which were doubling embarrassing as his job required him to interact with alumni. The University of Waterloo student dedicated himself to coming up with a product that would put an end to wet armpits and the sweat stains that ruin clothes.

He and a team of collaborators have formed SweatFree Apparel, which has developed an undershirt with special pads in the armpits that absorb moisture while still allowing air to circulate through the fabric. The company, which is now in the university’s Velocity incubator, plans to launch the product in Canada next summer.

“The opportunity to attack the atrocity of sweat stains is a super cool thing to do,” said Ramdev in a recent interview in the Communitech hub. “If 10 years from now, no one in this world suffers from sweat stains, I think that’s a great way to spend 10 years.”

The Sweat Free product is a high-end undershirt that includes three-ply pads in the armpits. The layer on the outside is hydrophobic, meaning it will not allow moisture to seep into the out clothes. However, it will allow water to evaporate and pass through the clothes.

To combat the odour produced by the bacteria in our perspiration, one layer includes silver nanoparticles that can combat the smell. Ramdev said the team is now working to solve one problem: The nanoparticles can be washed away when the undershirts are washed. But he believes the developers can overcome this. Ramdev’s father has a background in manufacturing clothes in the Punjab in India, which will help with the manufacturing of the product.

The product will sell for about $24 – a premium price for an undershirt, but one that can be justified if it protects an expensive suit from being ruined by sweat stains.

Ramdev, who heads a seven-member team, has been hustling the product ahead of the launch. He recently won $25,000 in the Velocity Fund finals, most which will be used to patent the product.

He has lined up sales programs with several corporations, such as SunLife Financial. These companies have “perks” programs that grant employees discounts on specific products and Sweat Free plans to sell through these offerings.

He has also pitched the product to the Prime Minister. When Liberal Leader Justin Trudeau was campaigning in Kitchener-Waterloo, Ramdev waited for hours outside the event so he could meet the man who would be prime minister, show him the product and be photographed with him. The resulting selfie is now a key part of the company’s presentations.

Canada will be the first market for Sweat Free Apparel, but he then has plans to expand into lucrative markets, especially in Asia.