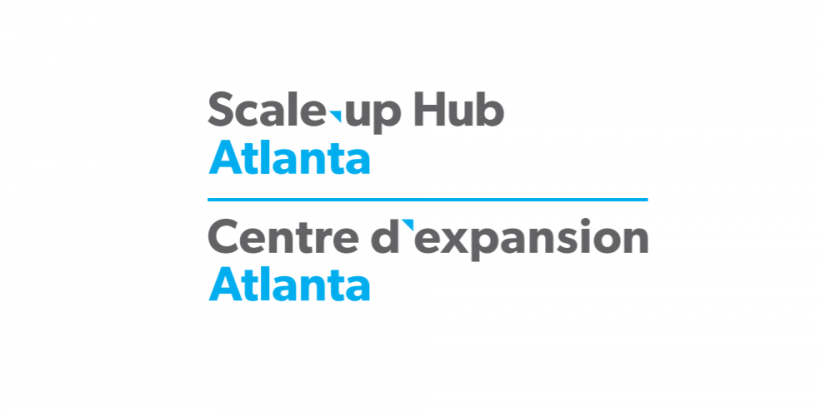 Eight companies have been named to Scale-Up Hub: Atlanta, a new program that helps high-growth Atlantic Canadian companies increase their sales in the U.S. Southeast.

In the Scale-Up Hub program, which began in 2018 in Cambridge, Mass., Atlantic Canadian companies commit to spending extended periods in a major city with the aim of gaining clients and developing a network. The 2021 programs will be virtual until health regulations allow for travel.

Nova Scotia Business Inc. launched the program, now funded by federal and provincial governments, as a vehicle to help scaling companies establish a base in foreign markets and generate sales.

Kirk Barnes, CEO of Atlanta sales and networking consultancy TransPharmed, will lead the Atlanta program with support from Mentor and Advisor Stephen Nicolle, a partner at Island Capital Partners.

“We are profoundly impressed with the caliber of companies in the Atlanta cohort and the onboarding of Stephen Nicolle as an advisor to the program,” said NSBI Export Development Executive Lisa Dobson in an email. “This expansion into the U.S. Southeast is exciting as we help our tech companies find new pathways into key markets and help position them for growth.”

The eight companies in the program are:

902HipHop, Halifax – Led by serial entrepreneur Melissa MacMaster. 902HipHop works with music supervisors and publishing companies to provide high-quality hiphop music for TV, film and video games. Atlanta is a key market for the company because it is the second-largest hiphop production jurisdiction in the U.S.

Black Arcs, Fredericton – Black Arcs, headed by CEO Jake Arsenault, is a civic technology company that allows customers to explore the trade-offs being made in land use. Its cloud-based tool CitiSketch allows citizens and policy makers to visualize possibilities and test different strategies and planning decisions that shape neighborhoods and cities.

Densitas, Halifax – Densitas, headed by CEO Mo Abdolell, has developed technology that measures patients’ breast density during mammograms to help assess cancer risks. Breast density is one indicator of the likelihood that someone will develop cancer, and high density makes mammography more difficult by concealing lumps.

Fundmetric, Halifax – Headed by CEO Mark Hobbs, Fundmetric uses artificial intelligence to help charities enhance their engagement with donors. U.S. colleges and universities have become its main market, and its clients include such leading institutions as Texas Tech.

Resilia Medical, Moncton – Resilia makes Uresta, a reusable product that helps women prevent stress urinary incontinence, an inability to control their bladder. The company is led by a group of female entrepreneurs and the product has regulatory clearance in Canada, the U.S. and the European Union.

SnapAP, Moncton – SnapAP, whose CEO is Jean-Daniel Drapeau, has developed a solution that automates the accounts payable process – the process a company uses to pay the money it owes to customers and lenders. The software also helps companies reduce costs and improve efficiency in other payment processes, such as invoicing.

WeUsThem, Halifax – WeUsThem is an ad agency that develops content and strategies for the internet, TV, radio, mobile, desktop, print and other media. The company, headed by Ashwin Kutty and Fatem Alshazly, has also developed imTeen, a technology that helps youth track and maintain their health.