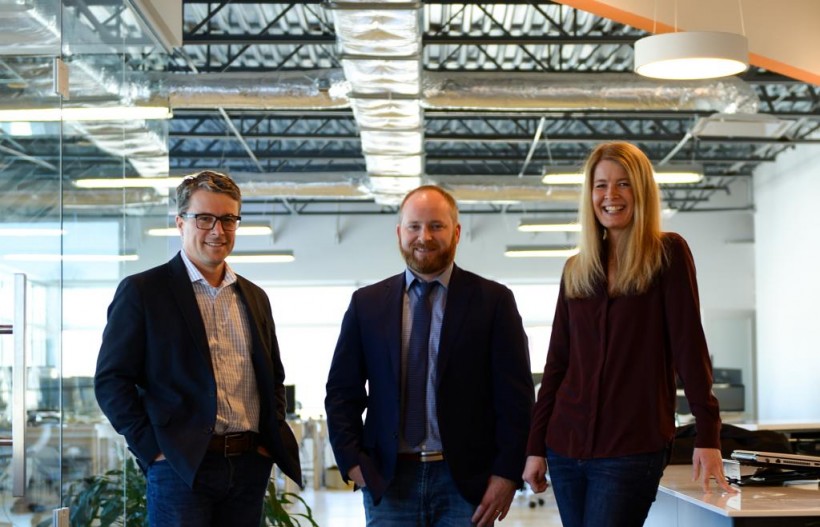 Eigen Innovations, the Fredericton-based artificial intelligence solutions provider, is expanding the role of two senior team members, naming Greg Picot to the role of President and Chief Operating Officer, while Erin Barrett has been promoted to Chief Revenue Officer.

The company issued a press release Monday saying the changes are driven by the demands of Eigen’s growth trajectory and aim to ensure the company can capitalize on its momentum with current and new customers.

Six-year-old Eigen uses AI to help machines manage large amounts of data and improve their productivity. In the past few years, it has been aggressively courting leading customers in the automotive sector.

“These strategic changes provide the structure for running and growing the business while also allowing me to continue to innovate on what makes us unique,” said CEO Scott Everett in the statement. “Greg and Erin are suited for these critical roles not only because of their previous experience but also because of their relentless passion for Eigen’s success.”

Eigen in the past few years has established itself as one of the leading AI companies in the region. The company began at the University of New Brunswick when a team of researchers began working on algorithms that could help manufacturers improve production efficiency and reduce waste. They were working under the guidance of professor and co-founder Rickey Dubay, who still sits on the company’s board.

Before joining Eigen, Picot was instrumental in helping build New Brunswick start-up Radian6, which was acquired by cloud computing giant Salesforce in 2011. Picot remained with the company in a senior product development role until 2015 when he joined Eigen Innovations as Director of Product Development.

Barrett has also spent much of her career in senior roles with technology companies, including eight years with Xplornet Communications, Canada’s leading rural high-speed Internet provider. At Xplornet, she focused on customer acquisition and sales before assuming a key role in strategic business planning.  She joined Eigen’s leadership team in 2017.

“It all starts with providing demonstrable value for our customers.  We’ve proven we can do that,” said Barrett. “We now need to focus on finalizing our offering and go-to market engine to optimize that value at scale.”