With $13.4 million from the provincial government, Dal plans to address tech talent gap. 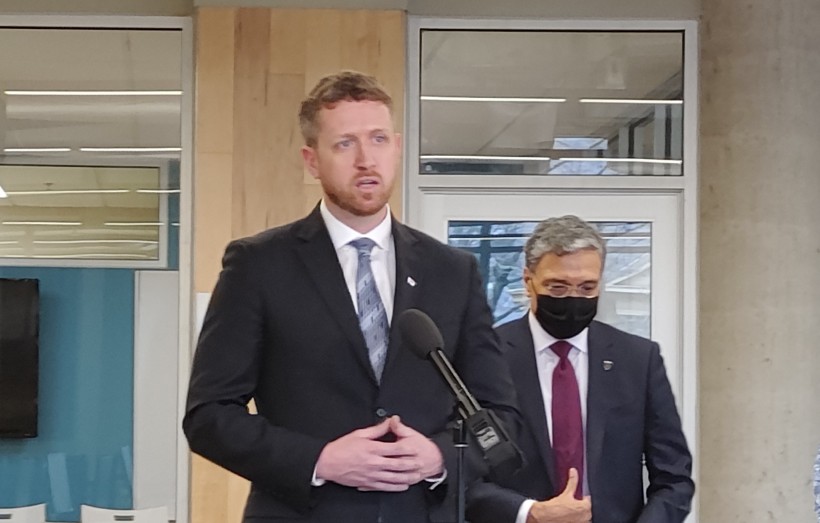 Dalhousie University plans to markedly increase Computer Science enrollment in the coming years with the $13.3 million in funding from the Nova Scotia government, said the university’s President Deep Saini.

In an interview after hosting Premier Iain Rankin at the university, Saini said the Dal Faculty of Computer Science currently awards about 250 graduate degrees each year, and it plans to increase those numbers to 400 in the coming years. It aims to maintain its target of attracting as many female as male students and professors into the computer science faculty.

Ten days ago, the provincial government announced it would spend $16.8 million over four years to allow four Nova Scotia universities to expand and improve their computer science programs to produce more digital talent. Dal, which has the biggest computer science department in the region, will get the lion’s share of the funding, while the remainder will be split between Acadia, St. Mary’s and St. F.X. universities.

“It’s going to go toward increasing enrollment in computer science,” said Saini when asked what the university would do with the money. “We are bursting at the seams with the demand for technical jobs.”

Saini added that Dal plans to match the money it’s receiving from the province dollar for dollar, so the financing for Dal will actually be twice the level announced by the government. The goal is to narrow the 1,500-job gap between open positions for IT personnel in the province and the graduates from post-secondary institutions.

The government decided to fund computer science education because the economy is becoming more digital and tech talent is needed for the growth of startups and to attract blue chip companies like IBM.

“The digital economy is not just what’s happening with startups,” said Rankin, who became premier last month. “Technical talent is needed across the economy, and we have to make sure we have the skill in the work force for everything.”

Rankin said the funding did not include money for computer science education in Cape Breton because it was only going to universities with computer science programs, and there is none at Cape Breton University. The Sydney tech community would have benefited from the province’s 2019 announcement of $7 million in funding for IT education at Nova Scotia Community College, including the Sydney campus.

The Premier added that the funding will help prepare young Nova Scotians for employment in the fastest growing segments of the economy.

Rankin toured the university on Monday to view the Computer Science department. He met with innovators including Jeff Dahn, whose laboratory works with carmaker Tesla on the science behind lithium-ion batteries and energy storage.

Disclosure: The Nova Scotia government and Dalhousie University are clients of Entrevestor.