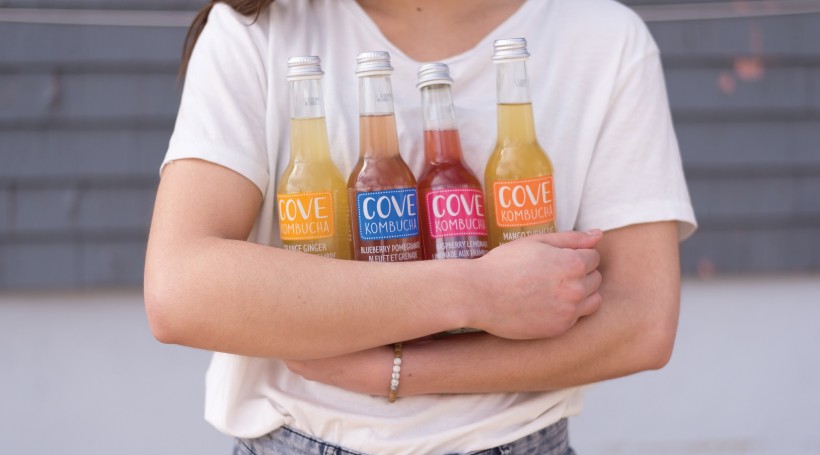 Halifax-based Cove Kombucha has closed a $1.2 million equity funding round, which the maker of healthy drinks hopes will go toward upgrading its facility, increasing production and reaching new markets.

The company said in a press release last week it attracted the investment from Vancouver-based Canaccord Genuity Wealth Management, after a one-month search.

Cove is now selling its kombucha – a fermented tea drink that boasts various health benefits – at the Eastern Canadian outlets of such chains as Costco, Sobey’s and Whole Foods Markets, as well as in numerous convenience and health food stores. In December, it will launch a new product line that contains CBD, a cannabis derivative known as cannabidiol. It will be the first CBD kombucha sold in Canada.

“The kombucha market is quickly maturing and transitioning from a specialty food and beverage product to fridge staple for many Canadians,” said CEO John MacLellan in the statement.

From humble beginnings at a farmer’s market just three years ago, Cove has become an industry leader in the rising Kombucha market. The statement said the company is Canada’s fastest-growing kombucha company, and that its $1.2 million funding round is the largest seed round raised by a Canadian beverage startup in 2019.

Chief Strategy Officer Ian Whytock said in an interview the startup will be entering into a close and long-term partnership with Canaccord, ensuring the development of Cove’s next generation of health drinks.

MacLellan said Cove reached out to work with Canaccord on account of the investment group’s strong marketplace reputation, and he has high hopes for the two companies working together. This seed money will help Cove further its mission of providing healthy and delicious drinks to a growing consumer market. It has already allowed Cove to purchase more advanced bottling equipment which uses less plastic, furthering the company’s mission of sustainability.

The investment will also allow Cove to expand from its existing product line to manufacture and market CBD kombucha, which will be sold through designated retailers like the NSLC. “It’s the non-psychoactive part of cannabis, providing lots of wellness benefits,” said MacLellan in the interview. “It’s part of the New Wave 2.0 of health beverages.”

Though they set out to build a consumer product company, MacLellan and his brother Ryan (now the Chief Marketing Officer) adopted the “lean startup” model, most commonly seen in the tech sector. Where traditional companies spend years on product development, lean methodology requires the entrepreneur to interview a swath of potential customers to learn what they want and will pay for. The goal is to find a market before investing in the product.

Whytock also said Cove’s earlier success has attracted substantial venture capital funding, even though it is a beverage company. It shows a shift in the VC market, he said, adding: “You didn’t see venture-funded consumer products a decade ago.”

Whytock says the company’s goal is to have its products in stores coast-to-coast by 2020, and Cove is already investigating potential exports of its new CBD kombucha to the growing number of U.S. states where cannabis is legal. Cove now employs four people, and hopes to double staffing in the near future.

The new investment vindicates Cove’s strategy and business model, said Whytock, which shows the strengths of the region’s development and entrepreneurship. “Cove is proving that you can produce a successful consumer product company in Atlantic Canada.”